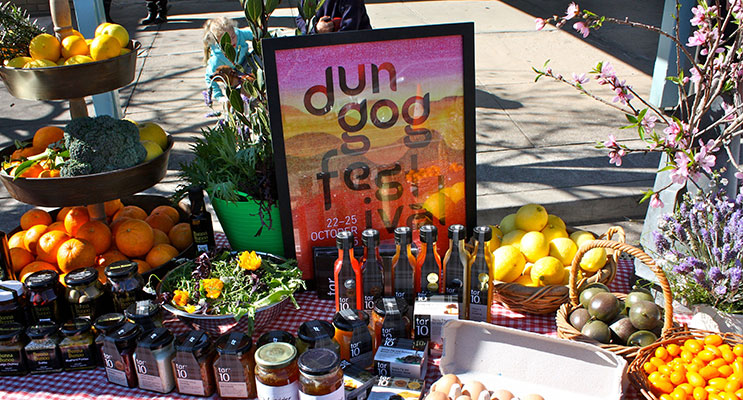 Early bird tickets for October’s famous Dungog Festival will go on sale Monday 22 August, with multi-event passes set to provide visitors with a fantastic way to experience the program of film, food and music including the famous Long Table Dinner which sells out annually.

The Golden Ticket option includes access to the entire film program, dining under the stars down the main street at the Long Table Dinner, Settlers Arms Friday night gig and the Saturday night Dungog Festival Party with the Enormous Horns. The early bird Golden Ticket secures a place for the sell-out Dinner along with the package of entertainment for $220, rising to $250 once general tickets are released.

A newly announced initiative is The Weekend Indulgence Ticket, also on sale on Monday, providing the best access to the culinary delights that Dungog Festival 2016 has to offer. With an early bird price of $360, rising to $390 for general sale, the exclusive ticket provides access to the entire film program, the Settlers Arms Friday night gig and Saturday night party with the Enormous Horns, as well as places at the Saturday star event, Christine Manfield’s Wine Matching Lunch and the popular Sunday Long Lazy Lunch.

The quirky, picnic-style Long Lazy Lunch is set in a mystery location with the journey and setting sure to provide the best view of the region. A new addition to this year’s program, the Wine Matching Lunch is a special degustation luncheon hosted by the renowned chef and food personality Christine Manfield, showcasing locally grown produce and matched Hunter Valley wines.

The musical program at this year’s festival is sure to bring down the house. Join the Saturday night party with the Enormous Horns for an entertaining mix of rock, pop, soul and big band swing or catch some retro magic, with a soon to be announced big name band on Friday night at the Settler’s Arms.

The Short Film Competition will recognise the film history of Dungog and the iconic James Theatre. Spanning a number of different genres, festival-goers can check out the entries throughout the weekend.

A variety of additional free and ticketed activities such as the night markets, a growers market, craft beer brewing and bread baking workshops and a tractor parade are just a few of the offerings to be experienced alongside the main program of events at Dungog Festival.

General release single tickets will go on sale 12 September 2016. For more information and to stay updated regarding Dungog Festival events yet to be announced please visit www.dungogfestival.com.au.

The Dungog Festival will run from Thursday 27 October to Sunday 30 October 2016 and is proudly supported by the NSW Government’s tourism and major events agency, Destination NSW.