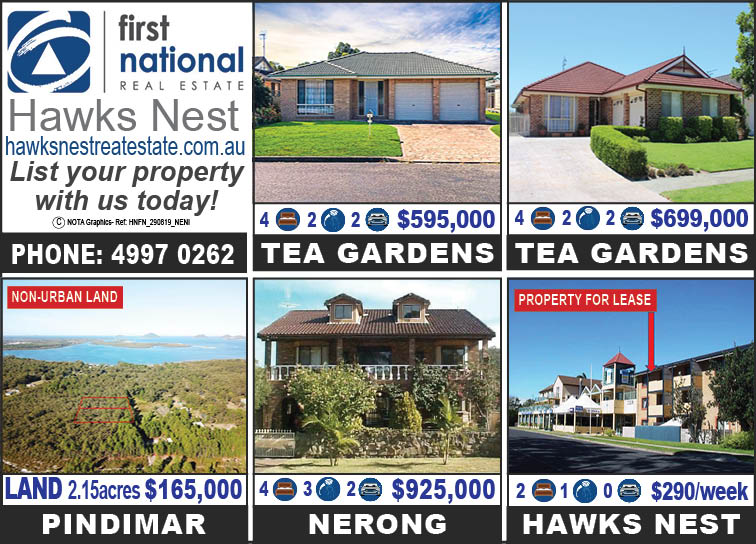 Approximately 250 people attended this event that recognised excellence in public education in the local communities.

Teaching staff, non-teaching professional staff, and volunteers were awarded in a number of categories for the support they show the school through volunteering, demonstrating initiative, creative performance, or some other positive contribution to their school.

Entertaining the audience was range of students from the schools, with Hunter River High students including the Aboriginal dance troupe, Megan Snow (with Pete Harget), Felicity Webb (with Christine Carroll) and Samantha Brookes.

The audience appreciated the talented creative and performing arts interludes.

Receiving a teacher excellence award, Ms Hylie McEvoy a preschool teacher at Irrawang Public School told News Of The Area, “What a shock and an honour it was to be successfully nominated for an excellence in teaching award by my colleagues.”

“Being a preschool educator is a new adventure for me and a labour of love.”

“I feel so grateful having my hard work recognised by so many.”

Ms Stacy Mathieson told News Of The Area, “As principal of Irrawang Public School, giving all colleagues the chance to nominate staff, students, and community members allows a whole school approach to the acknowledgement of so many well deserving people.”

The NSW Government websites says that the theme for this year’s Education Week of ‘Every student, every voice’ is a celebration of student achievement.

It looks to honour how the NSW public education system gives students the skills they need in order to have and express a voice during their own educational journey and as engage global citizens.

The Guest Speaker for the event was Ms Erin Forbes, a former Hunter River High School student ten years ago and currently a researcher at the University of Newcastle.

She told the audience of her journey from school to university study.

Having missed a place at university due to her ATAR not meeting the requirements, she went to Plan B.

Ms Forbes said that when her ATAR result was released, ”I went along to the University of Newcastle Open Day and decided to enrol in NewStep.”

“Newstep is an open foundation course for young people, like me, who didn’t receive the ATAR they were hoping for.”

“I accepted an offer to study a Bachelor of Psychology.”

“I graduated psychology in 2014, with first class honours.”

“I was equal parts proud and shocked.”

“It turns out my teachers back here at HRHS who consistently told me that I could do well, if only I would stop talking, were right.”

“My research focuses on anxiety in patients undergoing radiotherapy for cancer.”

“I’m extremely passionate about the field I work in, but as well as that, research in general has been a pretty cool career for me.”

“I guess what I want you to get from this, is if you have your heart set on a career, absolutely go for it.”

“But, if things don’t work out the way you’ve planned, keep trying.”

“There are so many different paths to get to where you want to be – and sometimes the less direct path is a bit more interesting.”