Last week Police were appealing for public assistance to locate an elderly man who had gone missing from an aged care facility at Tea Gardens. 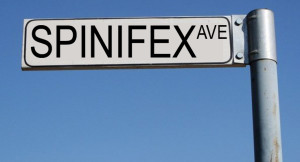 73 year old Bruce Stark was last seen in the garden area of the facility on Spinifex Avenue just before 5pm Wednesday 1 October.

Staff members of the facility alterted police when they noticed Mr Stark’s disappearance.

An extensive search of the area was undertaken by officers from Port Stephens Local Area Command, with assistance from the NSW Police Dog Unit; however Mr Stark was not located at the time.

Police then said, “We hold fears for his welfare, as Mr Stark suffers from a number of serious medical conditions, including dementia.”

Mr Starks was found in local bushland shortly before 7.30am the next morning.

Myall Coast News contacted Tea Gardens Manor, however no reply has yet been given.