DAYS of relentless winds and pounding waves have once again taken their toll on Winda Woppa. 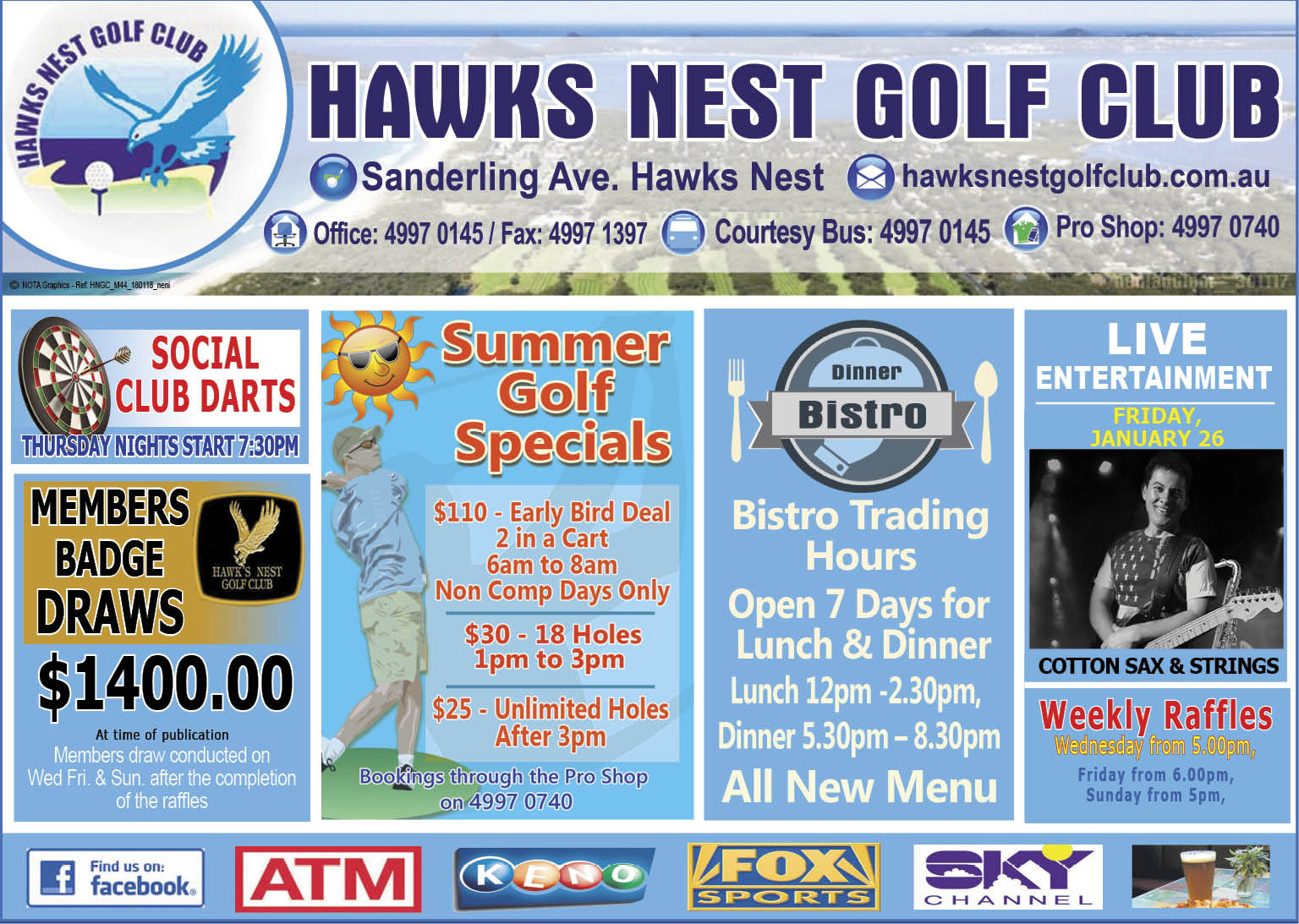 An estimated 10 thousand cubic metres of sand has been lost along Jimmy’s Beach leaving steep cliffs where once were gentle sand slopes.

“The natural repose of sand on our beach is about ten degrees but Council keeps building slopes in excess of twenty degrees and wondering why we get so much sand erosion,” local resident Ken Garrard said.

“Needless to say the shoreline is now a cliff, the road was saved on this occasion but only just,” Patricia Garrard told News Of The Area.

Ken and Patricia Garrard have been joined by Gordon Grainger from the Myall River Action Group in calling for a long term solution to the problem.

“This is the first severe weather we’ve had this year and normally we can expect another two episodes in the next 12 months,” Gordon Grainger said.

“Replacement sand will be needed to be taken from the stockpile as soon as possible,” Gordon added.

“But we were pleased the cement, gravel and sand sausage layers that were placed along the main erosion point have held and secured the roadway which had been badly damaged in the 2015 January storm”

State MP Kate Washington is calling on the New South Wales Government to step up and address the ongoing coastal erosion hot spots, such as Winda Woppa.

Long term, Council has committed to a sand transfer system for the next 20 years, the project scheduled to start mid year.

But residents along The Boulevard believe the measure is just a bandaid.

“We cannot continue to simply apply a bandaid by replacing sand with the sand dredged from the Myall River.”

“Really we are only throwing good money after bad at a problem that may be fixed by correcting some of the mistakes that were made years and years ago,’’ Patricia said.

Gordon Grainger is in favour of building an artificial reef offshore or restoring Myall Point which was the natural barrier destroyed by a cyclone in 1927.

In the short term, conservationists are also worried about the Little Terns who are still hatching and nesting in the sand stockpile at Winda Woppa and hope no action will be taken for at least a month.