LATEST statistics from the Bureau of Meteorology come as no surprise, that so far, 2018 has been one of the hottest and driest years on record. 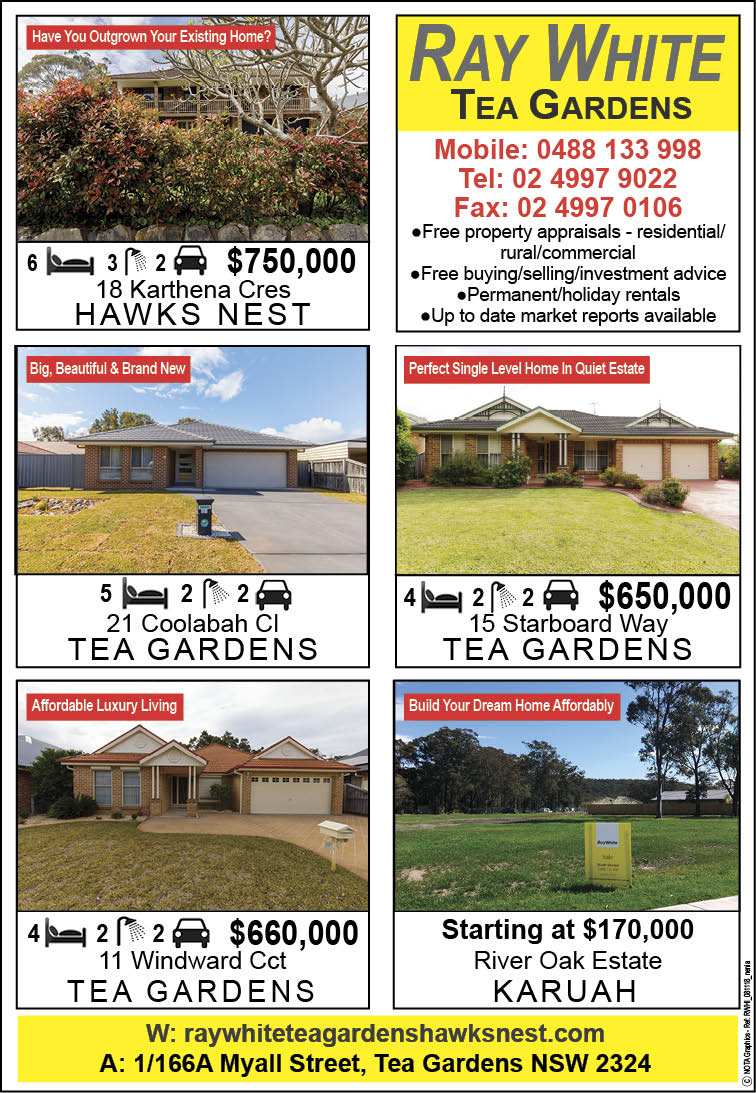 As for the drought according to the Bureau.

“Meteorological drought is rarely broken in a single event or month with regular rainfall over a period of several months required to remove rainfall deficiencies of the magnitude of those currently in place.”

Over the past few months Myall Coast locals have gone above and beyond to help our drought stricken farmers to the west.

Trevor and Jen Nichols recently did their bit by offering their Hawks Nest holiday home free of charge to drought stricken farmers and their families, who were in desperate need of a break.

“We could have donated money to a relief fund but we thought of another way we could help farming families,” Jen Nichols said.

“We offered up our Hawks Nest Home to four families from Upper Horton, Quirindi and the Tamworth districts so they were able to have a break away by the sea throughout the month of October.”

Jen added, “The treat by the beach was made even more special with the generosity of local people and businesses including Glen Henry, Steve Cumins, Tea Gardens Hotel, Julie Williams, Ben Cumins and LJ Hooker Tea Gardens who provided fuel, dinner and shopping vouchers.”

“Carol Quayle said that it was one of the most relaxing holidays they had ever had and they really needed and appreciated the time away.”