The has been a fatal shark attack at Byron Bay today. At 10.45am (Tuesday 9 September 2014), police and paramedics were called to Main Beach after reports of a shark attack. 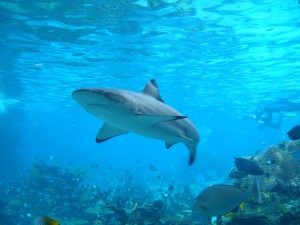 A man was in the water when he was bitten on the right leg by what is believed to be a shark.

He was seen floating in shallow water, close to the shore line, and dragged onto the beach. An ambulance was called and he was pronounced dead a short time later.

The man has been formally identified by a family member; he is from Byron Bay. His age is yet to be confirmed.