Visitors waiting for the Tea Gardens ferry have been left exposed to the summer heat with no form of shelter. Residents, including Dr Gordon Pullin, from Hawks Nest, have raised concerns with the Great Lakes Council over the lack of facilities available at the ferry wharf. 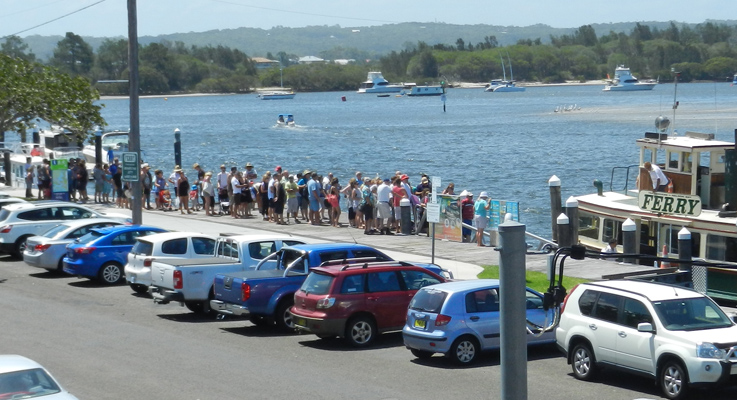 “It gets a lot of usage and the condition is just abysmal,” Dr Pullin said.

He said he was also upset about the old, splintered wood used at the ferry wharf.

“It’s a terrible way for people to experience the town. It’s the first thing people coming in on the ferry see as they’re arriving.

Great Lakes Council’s manager of parks and recreation Andrew Staniland said the council was aware of the upgrades that were needed.

He said the council had put in for funding for the ferry wharf through the Roads and Maritime Service (RMS) as part of the regional boating strategy.

“We are hoping to get an announcement from the RMS hopefully sometime soon,” Mr Staniland said.

He said the council wanted to improve the surface of the ferry wharf, put a shelter in place and fix some small defects with the floating pontoon.

Mr Staniland said he had been keeping the community informed and all letters sent to the council regarding the issue had received a reply.