One of the highlights of the Tea Gardens Bowling Club Calendar has to be the Annual Presentation Night. 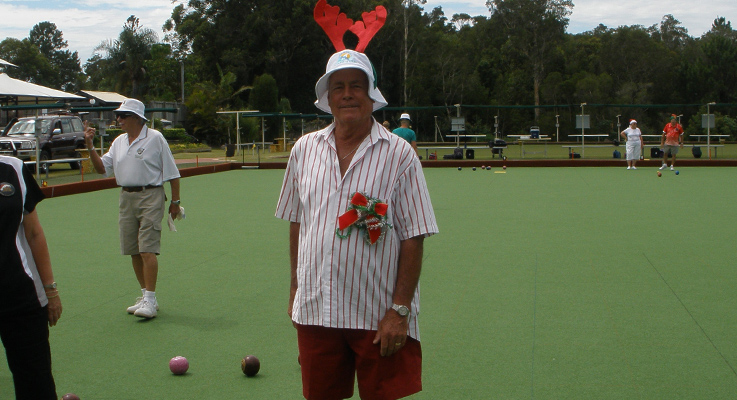 This is the night when the men and women of our Club get together with all the dignitaries from the Newcastle District Bowling Association.

They come to present all the trophies won by combatants during the year and to pay homage to those whose outstanding achievements in bowls are recognised.

There was a record participation this year with over 100 members attending.

As the grass green has been taken out of service for its annual makeover, the field was accommodated on 10 rinks on the “Daryl Martin Green”.

It was a bit of a squeeze and with some minor inconvenience, everyone had a great time.

The winners on the day with two wins and a mammoth score of +46 were John Slater, Frank Zumbo and John Yabsley.

Frank is on another pilgrimage from Coonamble and is always welcome at our Club.

Runners-up were the team of Lance Atkins, Graham Kelly and Bob Foster with a score of +36. (Gee we are going to miss Bob!)

The runaway winners were John Moore and Bob Weir with a great score of +19.

They finished ahead of Ross Barry and Merv Mills with +10 points.

The Jackpot was not won.

December 6: It was “fun and frolic” time for the Sunday Introduction to Bowls participants.

The green was packed with 42 players and the surface looked like someone had spilt a box of M&M’s.

Players entered into the spirit of the occasion dressing in all manner of festive dress.

After the game the players joined with others with 70 attending an amazing Christmas lunch.

After a random draw, the winners were Dennis Wilberforce, Ron Conaghan, and  Olive McKeown.

The organisers, Robyn, Ron, Danny and Sue, wish all bowlers a Happy Christmas and a fabulous New Year.