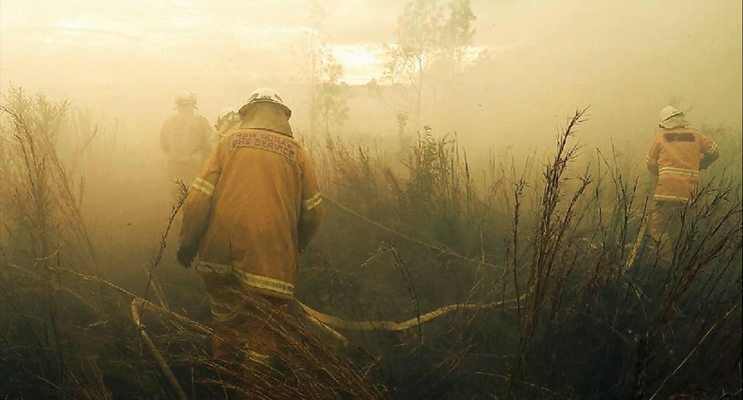 FIREFIGHTERS were called to a bush fire on Myall River Road south of Bulahdelah on Tuesday 27 September.

Multiple Brigades attended and worked throughout the night to contain the fire.

The fire was contained early on Wednesday morning and crews continued their patrols of the area throughout the day.

As a result of the efforts by the fire crews from Bulahdelah, Pindimar/Tea Gardens, Booral and Stroud, there was no damage to the homes.

The cause of the fire is under investigation and Mr Parr estimates about 50 hectares of land was damaged by the blaze.

Mr Parr told News Of The Area this incident is a reminder of the importance of preparing for the fire season.

“Prepare your properties and always expect the unexpected, when the fire is on you, it is too late,” he said.

The Bushfire Danger Period commenced on 1 October and a permit is now required from the RFS by anyone wanting to conduct a burn.