Great Lakes Council is delighted with the announcement that the Australian Government’s National Stronger Regions fund will provide a $6 million boost to the civic precinct site. 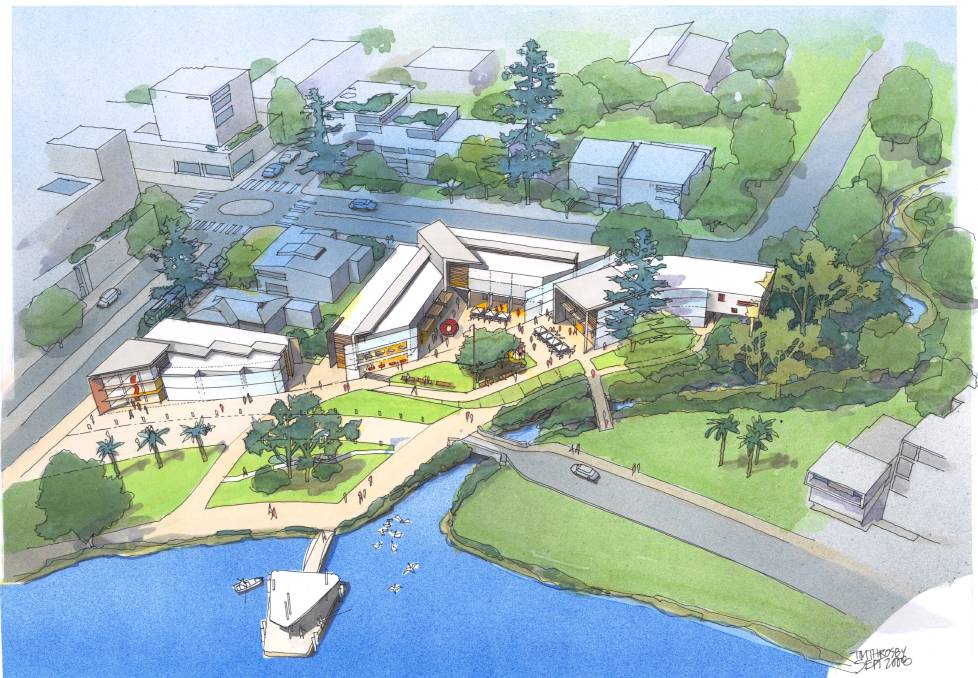 “The whole community has just received a very exciting Christmas gift that will have long term cultural, social and educational benefit for our region” said Mayor, Cr Jan McWilliams.

“We are doing that at present, with Council’s appointed consultant, Savells, currently seeking expression of interest from the private sector on how best to provide services for the civic precinct site” said Mr Handford.

The expression of interest period will close on 8 February 2016.  It is anticipated that Council will be in a position to consider any expressions of interest in March 2016, following an evaluation process.

“If through the development manager’s work we can identify interest from the private sector there may be opportunities to also deliver commercial or residential development along with Council’s requirement for public infrastructure on the site such as a library, meeting rooms, performance and open space” said Mr Handford.

“That may help us deliver a vibrant precinct that meets our community’s needs into the long term future.”

Council believes that private sector involvement would help deliver public building infrastructure earlier than would be possible if Council proceeded with the project on its own.

If the site combines multiple uses, it is also more likely to be successful as a vibrant community space – for example, providing cafes to service the library and performance space clientele.

“This is a very large site, and Council acquired the site knowing it could accommodate the civic precinct building and have surplus land of commercial value which would assist Council in offsetting the costs of building the Civic Precinct.

“We really don’t know the full extent of the opportunities until we test the market, which is why we have appointed Savills to guide this process” said Mr Handford.

Paterson MP Bob Baldwin has welcomed news about the development, “This project represents a significant development for the Forster town centre, providing high quality facilities for both visitors and residents,” said Mr Baldwin.

“This project by Great Lakes Council has a total cost of $12 million and will boost local jobs and improve community infrastructure,” he said.

Mr Baldwin said submissions to Round Two were very competitive with a very high standard of applications.

“This shows that applicants have thought seriously about how well their project addresses the objectives of the Fund,” Mr Baldwin said.

Mr Baldwin said funding was supporting investment in a diverse range of infrastructure nationwide, from tourism and transport infrastructure to tourism, cultural, sporting and healthcare facilities.

“These projects are identified as priority infrastructure by local communities, and the fund particularly encourages communities to form partnerships between not-for-profit organisations, local, state and territory governments as well as the private sector,” he said.