NSW Fair Trading Commissioner Rod Stowe is encouraging the public and industry to have their say on four regulations the NSW Government is remaking as part of its normal legislative review process. 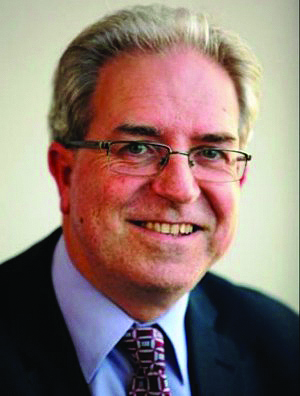 Regulatory impact statements exploring options have been released and are on the Fair Trading website at www.fairtrading.nsw.gov.au for the:

Mr Stowe said NSW Fair Trading was proposing a number of useful adjustments and he encouraged people to provide feedback by 24 July.

“The regulations provide legislative support and administrative detail for the effective operation of important fair trading laws. We want interested parties to contribute to this process.”

One of the key changes being considered is to allow consumers to request emailed, itemised accounts of conveyancing transactions.

There are approximately 1,194 conveyancers licensed in NSW – 1,062 are individual licensees and 132 are corporate licensees.

Proposed amendments to the Pawnbrokers and Second-hand Dealers Regulation will require traders to clearly inform consumers about interest charges and the total amount of money they will be required to pay to redeem their goods under a pawn agreement.

The regulation supports the Pawnbrokers and Second-hand Dealers Act 1996 that creates a licensing regime for pawnbrokers and second-hand dealers, helping restrict the trade of stolen goods and establishing strict record keeping and reporting requirements for traders.

There are approximately 1,022 licensed pawnbrokers and second-hand dealers in NSW.

Proposals to amend the Electricity (Consumer Safety) Regulation 2015 will strengthen consumer protection by doubling on the spot penalties for traders selling non-compliant, unsafe electrical items – from $500 to $1,000 for each item.

Suppliers and traders must ensure goods sold to the public are safe and comply with the Electricity (Consumer Safety) Act 2004 and its supporting Regulation. A further amendment will make unsafe and unauthorised interference with an electrical installation an offence. Approximately 32,800 electrical contractors and 30,700 qualified supervisors are licensed in NSW.

Amendments to the Co-operative Housing and Starr Bowkett Societies Regulation will modernise forms and establish a new clause to deal with the distribution of surplus funds when a society is wound-up.

There are five Co-operative Housing and 11 Starr Bowkett Societies currently registered in NSW.  Following consultation the Government will review feedback, make amendments and then publish the final regulations on the NSW legislation website.