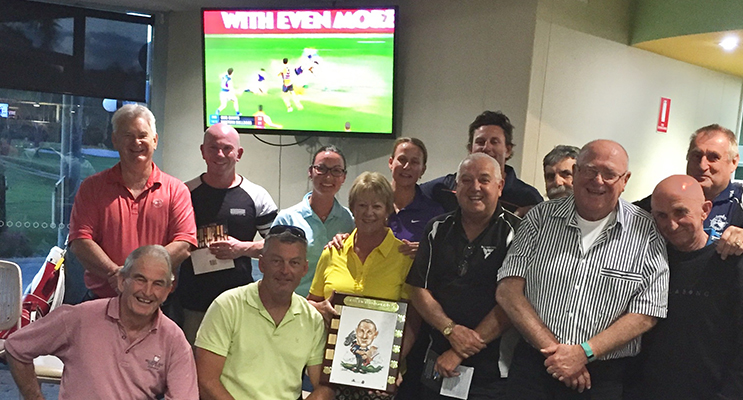 FAMILY and friends come together once yearly at Hawks Nest Golf Club to play a friendly (rivalry) round of 9 hole Ambrose golf, to mark the memory of my husband, the Late Stan (Dicko) Dickson.

This year marks the sixth time we have played.

It also happened to fall the 24 September which would have been Stan’s 70th birthday.

It coincided with the inaugural Triathlon, in which my daughter and nephew competed and then they switched their athleticism to golf.

We have a perpetual trophy with the winning teams names added each year, and proudly hangs in the social club area.

Billy Weston, Ashley Gazzard and Stewy Cameron were the instigators of this annual day, remarking they did not want the memory of their mate to be forgotten.

They have achieved this, and we always have a great day.