IF you love the music of Ganggajang, and the cult surf movie Mad Wax, then the only place to be next Saturday night is the Tea Gardens Hotel. 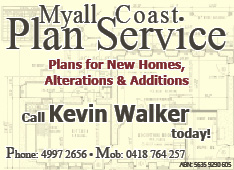 “I grew up with the movie and the band’s music.”

“The band arranged the instrumental music for the movie in the mid 80’s and it was so right, so well chosen for the surfing,” Ben said.

“There’s ‘Gimme some Lovin’, and ‘Sounds of Then’, probably better known as ‘This is Australia’.”

“Now the band’s here in our Pub, we’ll be screening Mad Wax, I can’t believe it.”

Also looking forward to the night and the memories it will bring back, is Tea Gardens resident Michael Hohensee, a semi-retired journalist and filmmaker.

Michael wrote the script and co-directed Mad Wax during a period when Mad Max feature movies were creating massive waves of a different nature.

“I think it wears fairly well, especially after 30 years.”

Mad Wax, was filmed in Australia, Hawaii, Tahiti and France and was acclaimed for its originality with a fresh approach to the accepted surf movie genre of the day.

You can catch all the action at the Tea Gardens Hotel on Marine Drive on Saturday 19 January.