Tea Gardens Hawks under tens would like to thank the Tea Gardens Masonic Lodge and Stan Davies Excavations for their ongoing support. 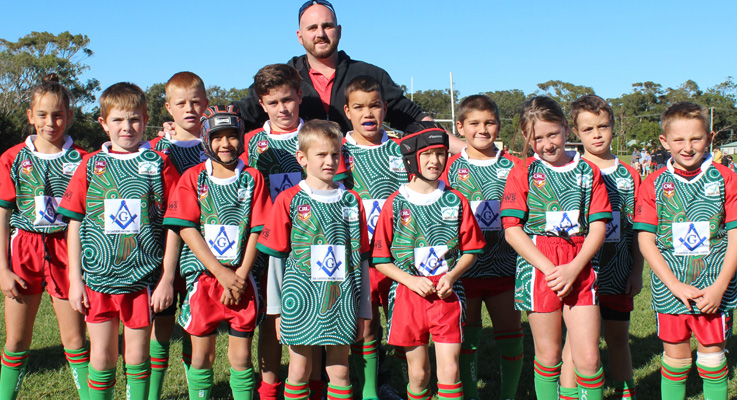 2015 marks year three of the Lodge sponsoring this team since they took up the challenge when they were under eights.

The kids have flourished under Coach Nick Lagudi and last weekend showed off their new livery.

Nick, who also has a son Dom in the team has coached the team for the same period and looks forward to a strong future in local Junior Rugby League.

The indigenous art inspired jumpers look great and the team got together pre-game to sign a jersey which is to be framed and presented to the Lodge as a thank you for their support.

The club would also like to thank Stan Davies Excavations, another local sponsor who always steps up with a yearly donation to help keep things going.

Spokesperson on the day Rob Smith said, “It’s great to see local groups getting behind local Junior Rugby league and without their support we just couldn’t put teams on the field. We would like to thank them all.”