WITH the Federal election just weeks away, Member for Lyne Dr David Gillespie was joined by Deputy Prime Minister Barnaby Joyce on April 21 to officially launch his campaign. 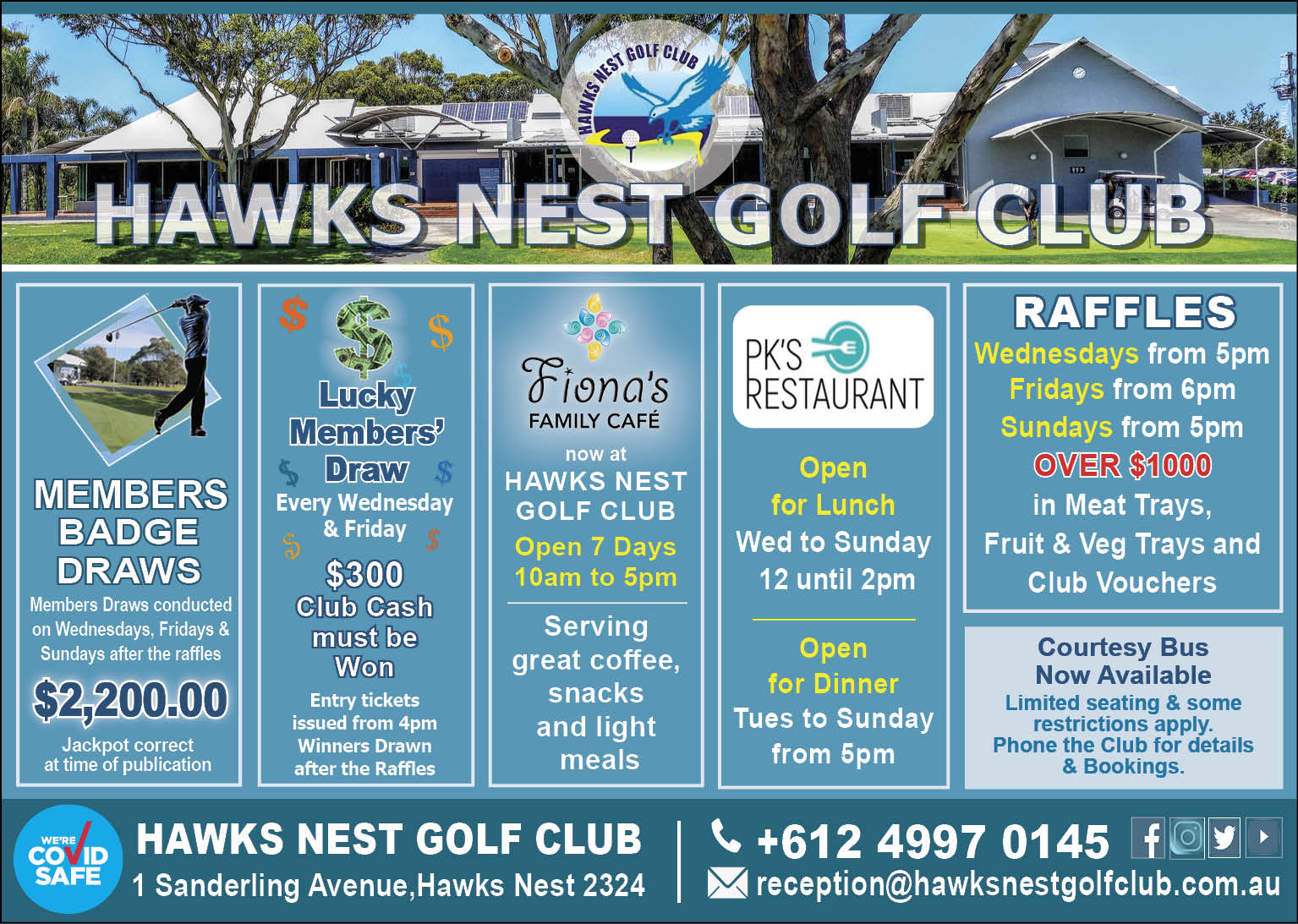 Dr Gillespie spoke to the crowd about successful programs delivered in the electorate in the past term.

“We have delivered record funding for a whole range of transformational projects – both big and small – via many programs developed by The Nationals in Government to ensure our region continues to grow and prosper.”

Securing funding for upgrading both the Hawks Nest Community Hall and the Tea Gardens – Hawks Nest Surf Club was also hailed a success.

“There are literally hundreds of projects right across our region that simply would not have happened had it not been for The Nationals in government delivering the programs that have helped fund them,” Dr Gillespie said.

Several new projects were also announced at the launch.

“Following discussions with both Port Stephens, MidCoast and Dungog Councils regarding the extension of round three of the Local Roads and Community Infrastructure in this year’s Federal Budget, I’m pleased to announce several local road and community infrastructure projects will be recommended to the department for approval,” Dr Gillespie said.

“This funding is in addition to other Federal funding that has been allocated to programs such as Roads to Recovery and Federal Financial Assistance Grants for various infrastructure projects either underway or earmarked by Council across the region.”

Some local projects earmarked are; $89,000 towards Karuah’s Aliceton Reserve Playground, $130,000 towards the Winda Woppa Boat ramp upgrade in Hawks Nest, $250,000 for further upgrades to Bulahdelah Showground and $30,000 for the Booral Community Hall upgrade.

“These additional projects will, I am sure, be welcomed.

“It’s a fantastic win and builds on the massive investment we are making right across the region,” he added.