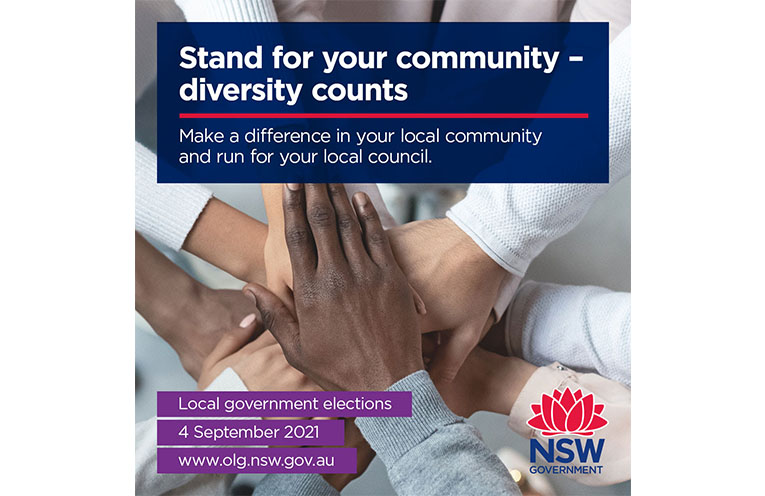 PEOPLE from all walks of life are being encouraged to stand for their community at the upcoming Local Government election.

The NSW Government has launched the ‘Stand for Your Community – Diversity Counts’ campaign to increase diversity within local government by increasing the number of candidates from under-represented groups at the September 4 council elections.

The ‘Stand for Your Community – Diversity Counts’ social media campaign is running for four weeks on Facebook, LinkedIn and Instagram and includes inspiring videos of current councillors from under-represented groups sharing their positive experiences.

This new campaign follows the NSW Government’s ‘Women for Election to Local Government’ campaign last year to increase female representation in local councils across the State.

The Office of Local Government has launched a comprehensive online training tool and guides for council candidates at www.olg.nsw.gov.au/story.html to provide them with detailed information about running for election and the role and responsibilities of a councillor.

Nominations for candidates for the upcoming Council election open on Monday 26 July and close at 12pm on Wednesday 4 August.

Pre-poll voting opens on 23 August, followed by election day on Saturday 4 September from 8am to 6pm.

Results will be declared progressively as counts are finalised by the election manager from 7 September. 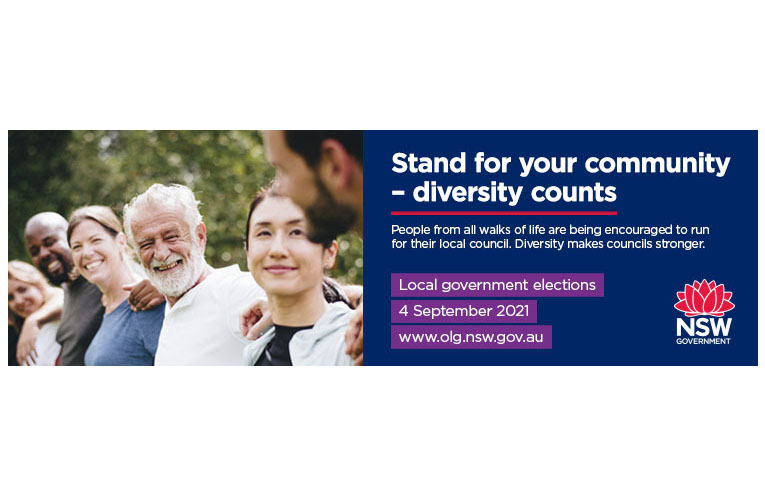