Investigations are underway to assess the possibility of Great Lakes Council merging with Gloucester Council.

As part of the NSW government’s Fit for the Future plan for local governments are being offered significant financial incentives to amalgamate with neighbouring councils.

“It’s a case of big cousin looking after little cousin,” he said.

“Gloucester Council has decided it would be in their best interests to merge with Great Lakes Council.”

Cr Roberts said the merging of the two councils could heave several benefits.

“It would be a big advantage in the way we can look after the Karuah catchment,” he said.

“There could also be benefits for tourism.”

Among the next steps for both councils is an independent assessment of each shire’s assets.

“By September this year we should know whether there will be an amalgamation or not,” Cr Roberts said.

Cr Roberts said it would be ideal for the Great Lakes Council to merge with another sustainable council such as Port Stephens Council.

“We could create a super council but the government is not looking to facilitate these kind of merges because they know both our councils are already sustainable into the future.”

In recent media the Port Stephens mayor Bruce MacKenzie said that he would be happy to explore a merger which takes in Tea Gardens and Hawks Nest. The announcement has come as a surprise to Great Lakes Mayor Jan McWilliams. 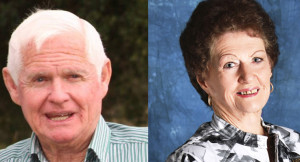 “There has been no liaison between Port Stephen’s Mayor Bruce MacKenzie and myself or the Great Lakes Council regarding his suggestions that Tea Gardens Hawks Nest could be in his mix.”

“It comes as quite a surprise to me and to the general manager that the suggestion was even put out there.”
Mayor McWilliams reaffirmed that Great Lakes Council was in discussions with Gloucester Council regarding an amalgamation.

“At present the councils have a hired consultant, Morrison Low to see if it would be viable for the councils to join together.”

Myall Coast News will keep you updated on all further merger talks.