The latest quarterly update from the Bureau of Crime Statistics and Research (BOCSAR) for the past 24 months to March 2015, shows that crime figures continue to reflect the hard work of the NSW Police in driving down crime and keeping it down.

Andrew Scipione, NSW Police Commissioner, has welcomed the latest results which illustrate that 16 of the major crime categories are either stable or falling.
The latest data also shows a significant drop in seven of the 17 major categories:
• Robbery without a weapon (down 17.6%);
• Robbery with a firearm (down 19.5%);
• Robbery with a weapon not a firearm (down 15.8%);
• Break and enter non-dwelling (down 9.45);
• Steal from motor vehicle (down 4.6%);
• Steal from person (down 12.6%); and,
• Malicious damage to property (down 10.9%).
‘Steal from dwelling’ is the only category to have shown an increase, of 2.5%, while the other nine categories remained stable.
BOCSAR reports that the increase in ‘Steal from Dwelling’ can be attributed to a rise in offences occurring outside residential buildings.
This includes thefts from yards, carports, verandahs and driveways, and common items stolen comprised gardening equipment and accessories, bicycles and mail.
Results closer to home, within the Great Lakes area, show that break and enter in a dwelling is down 35.1%, break and enter in a non-dwelling is down 39.4%.

Commissioner Scipione reminded residents to remain vigilant in securing their properties and taking appropriate precautions to avoid being a victim of crime.

The report also notes that increases in other crime categories, are primarily linked to pro-active policing strategies.

This is particularly relevant regarding current drug-possession rates, Commissioner Scipione said, which reflects a targeted policing approach aimed at de-constructing the availability and circulation of drugs in the community.

“NSW Police will continue to work hard to tackle the scourge of illegal drugs and the detrimental impact they are having on our communities,” Commissioner Scipione said.

“We’ve seen time and time again the irreversible damage drugs have on individuals, their families and the wider community.

“We must therefore stay strong in our resolve to keep the pressure on those who choose to perpetuate this illegal trade,” Commissioner Scipione said.

“The men and women of the NSW Police Force continue to work tirelessly to keep the people of NSW safe and secure,” Commissioner Scipione said.

“These results are a clear indication of their daily dedication and resilience in performing their duties,” he said.

Deputy Premier and Minister for Justice and Police Troy Grant said the latest data shows items such as bicycles, scooters, tools and garden accessories are common targets for thieves.

“The public can play its part to minimise their risk of becoming a target by ensuring their possessions are stored safely and securely,” Mr Grant said.

“These dangerous and destructive drugs are causing devastation to individuals and families across NSW.

“I am encouraged by the work police are doing to detect illegal drug possession across NSW and I will ensure our officers are given the tools they need to stamp out these corrosive drugs from our society.”

NSW Police and Crime Stoppers have launched a new advertising campaign aimed at mobilising the community in the fight against Ice (crystal methylamphetamine). 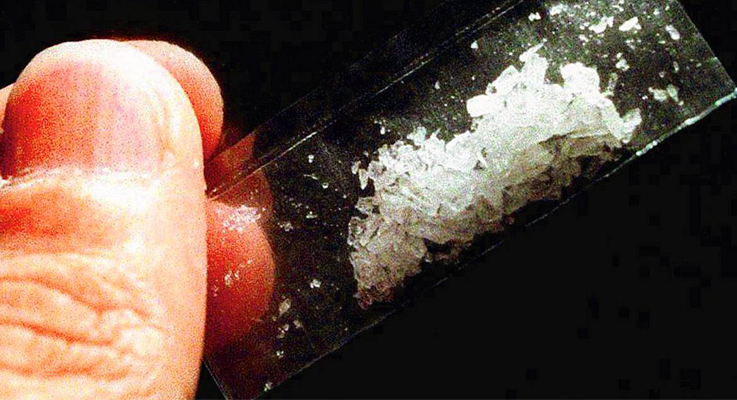 Commissioner Scipione said the campaign will remind residents of NSW about the far-reaching effects one call to Crime Stoppers can yield.

“Please do not underestimate the immensely positive impact one anonymous call to Crime Stoppers can make,” Commissioner Scipione said.

“In September 2012, a single, anonymous call to Crime Stoppers led to the seizure of 585 kilograms of Ice. Make no mistake about it: this call stopped millions of deals from making it to the street, preventing untold harm, and, no doubt, saving countless lives.

“This new campaign is all about encouraging more people to make the call.

“As the advertisements make patently clear, if you see something you’re concerned about, please let us know. Your information could help us smash apart an Ice supply syndicate and directly prevent many thousands of lives from being destroyed by drugs.”

Deputy Premier Grant welcomed the campaign, and encouraged communities around the state to band together and get behind the drug reporting initiative.

“Ice is an addictive, destructive and immeasurably dangerous drug that is devastating individuals, families and communities right across this state,” Deputy Premier Grant said.

“As officers in the police force regularly remind us, the production, sale and use of Ice spans the entirety of NSW, infecting towns, suburbs and cities in the north, south, east and west.

“Your anonymous call could rid a rural community of its local Ice dealer, it could bring down a major drug supply syndicate or it could save a young child from the abuse and neglect that life in a drug-house often entails.”

Peter Price, the CEO of Crime Stoppers NSW, echoed the sentiments of Commissioner Scipione and Deputy Premier Grant, before reassuring would-be callers that their information would be treated in the strictest confidence.

“As the Commissioner and Deputy Premier have made clear, one anonymous call to Crime Stoppers can make a huge difference to thousands of lives,” Mr Price said.

“Rest assured, your information will be treated in the strictest confidence and your anonymity is guaranteed.”