It is often said by those in prison “we do the crime but the family does the time” and usually the families, particularly women and children, are the forgotten victims of someone else’s crime. 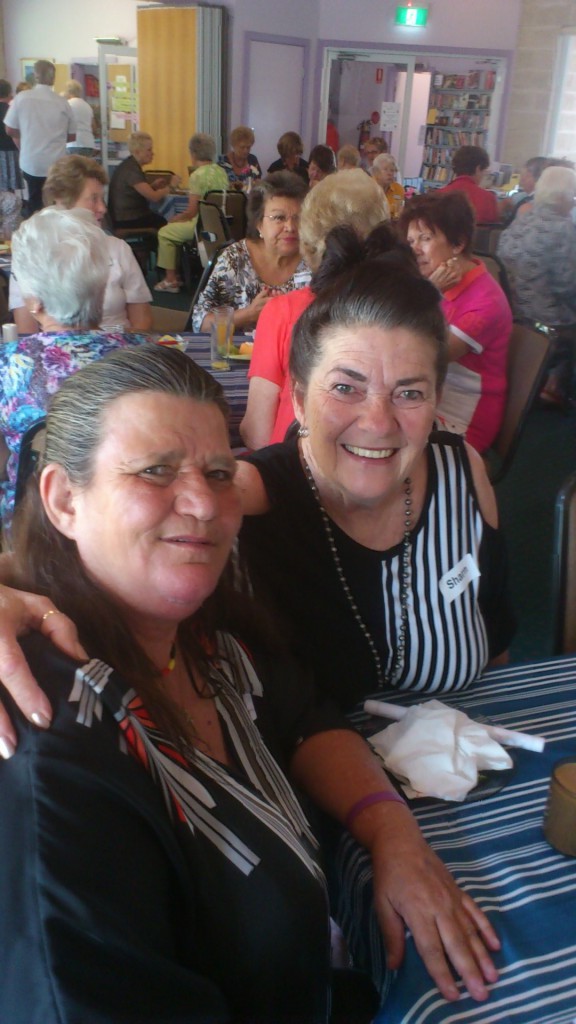 This is where KAIROS Outside for Women reaches out to the families and friends of inmates saying “you are not alone”.

The Ladies’ Breakfast was held to raise funds and awareness of KAIROS in the community and a delicious breakfast was served by the lovely gentlemen from St. Andrews church.

Guest speaker was Samantha Jay, whose story left us feeling emotionally shocked and stunned, but with a greater understanding of just how individuals end up on the street, in prostitution and addicted to various substances.

Sam was taken from her parents shortly after birth, and after eight years in an orphanage was placed in foster care with a professional family who were supposed to love and support her as one of their own.

From the beginning with her foster family, Sam was subjected to every form of abuse including sexual, deprived of food, treated like a slave and at one stage her foster mother forced her hand into boiling water to teach her a lesson.

Sam stole in order to eat and survive and at the age of sixteen, she was sent to the Parramatta Home for Girls, which according to Sam, lived up to its reputation in every way.

Abused, mutilated, with no self-esteem and despising any form of authority, Sam was released, at the age of eighteen, through the gates and onto the street.

She had nothing, knew no one and had no one.

Sam had no alternative but to turn to prostitution in order to survive, and drugs to forget her past and her present.

Sam spent 35 years on the streets  including time in gaol.

However, it was the free cup of coffee, acceptance and lack of judgement by a local church refuge that became the turning point for her and after years of counselling and rehabilitation, Sam has changed her life.

None of us could ever imagine the strength and determination it must have taken for someone who had been battered by society in every way possible from such an early age and for quite so long.

She is a very brave and smart woman who at the age of 60 whose goal is now giving back to society, including as a volunteer for KAIROS.

I am angry, sad and disappointed that Sam’s story is by no means unique.

The media is awash with stories of domestic violence and abuse from those who are supposed to respect, honour and protect the individuals in their care.

If this the “Lucky” country – how is it that quite so many victims (and perpetrators) slip through the cracks and still do despite the awareness of different programs and  organisations designed to help.

A large percentage of victims never recover; often taking their own lives,  live as Sam was forced to, or suffer depression and addiction.

We all need to keep in mind that everyone has a story that makes them who they are,  and how they deal (or don’t as the case may be) with life.

KAIROS Outside for Women is currently active in over eleven regions in Australia, providing support for any female relative or friend of a current or former prison inmate.

There is also  KAIROS Outside for Men and KAIROS Inside where volunteers run programs within the prisons.

If you, your family, family member or a friend is in the situation of supporting or has supported someone in prison and would like more information,  please contact KAIROS Outside for Women Hunter on 0490 412 877 or email  [email protected]

KAIROS Hunter will also be able to provide contact details for any other of their programs.