HAWK jet fighters from RAAF Base Williamtown have returned to the Salt Ash Air Weapons Range for a month-long training program.

The program, which began Monday, continues until 19 August. 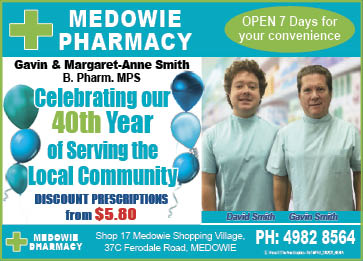 Commander Air Combat Group, Air Commodore Tim Alsop, said East Medowie, Salt Ash and Lemon Tree Passage residents could expect the range to be used consistently from 9am to 5pm during the period.

“Aircrew always minimise their use of the range; once proficiency has been attained, they move onto the next stage of their course,” Air Commodore Alsop said.

“Air Force has a responsibility to ensure personnel are ready and able to deploy at short notice and this involves necessary air-to-ground training employed at SAAWR (Salt Ash Air Weapons Range).”

Fighter jet aircrew training operations are scheduled for weekdays only between 9am and 5pm.

“There is currently no programmed training scheduled for F-35A Lightning II aircraft on SAAWR.

“We will advise if the program changes,” he said.

Air Commodore Alsop said every effort was made to minimise any inconvenience to residents during SAAWR training and advised the range schedule could change at short notice because of weather or operational considerations.