The first sunny morning in many days enticed 15 Bitou Busters to put on their boots, hats and gloves to work on the dunes south of the Hawks Nest Surf Club, to remove a dense carpet of young asparagus taking root. 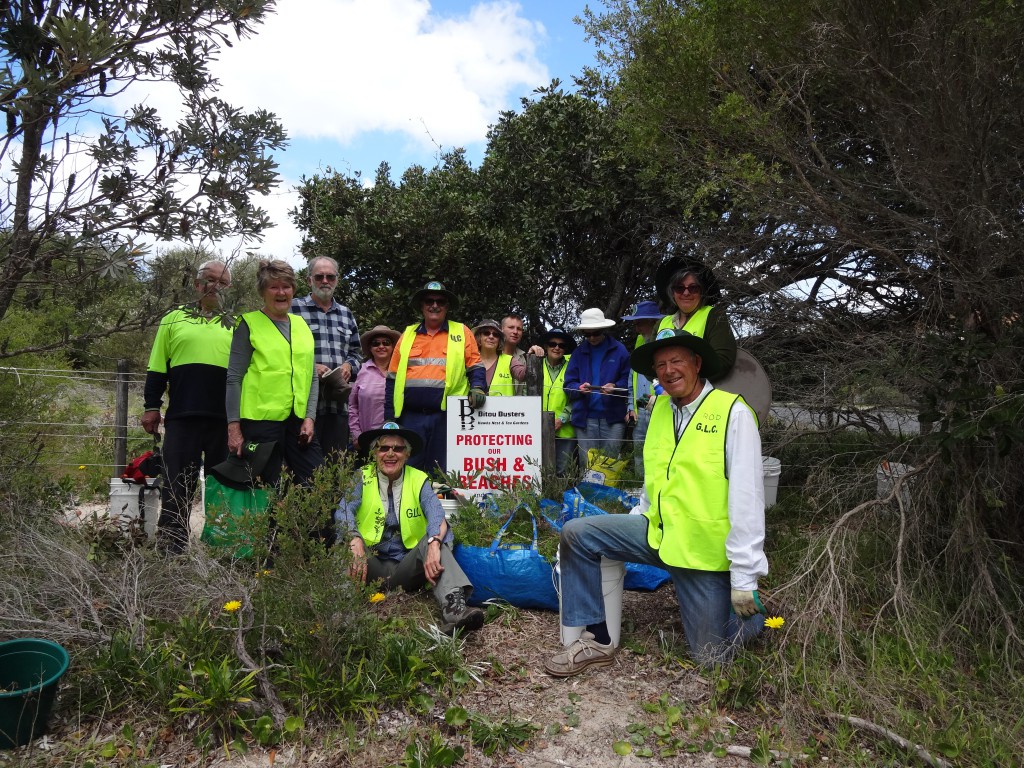 The asparagus needed careful removal from the ground to ensure the heart of the weed was removed, then it was bagged and disposed of.

It was hard working on knees in confined areas under bush, fallen trees and woodpiles.

Horticulturalist Christian Patterson was in town to lend a hand, as was Mel Ledgett a bush regenerator who stopped off en route to her holiday.

A potential new volunteer visited the working area and was keen to join the group with his family, who already have some experience in bush weeding.

The morning of 26 September ended with coffee at Benchmark on Booner and plans were made for the last working bitou weeding morning of the season on 24 October, which will be followed by a barbecue.