A formal report with concrete plans on how to revitalise the commercial side of Hawks Nest will be assessed by Great Lakes Council in March before being put on display for public comment. 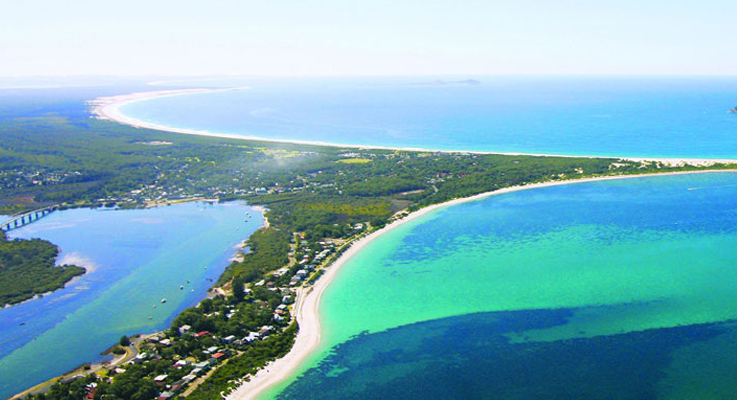 A taster of what is to come in the report was revealed at the most recent Hawks Nest Tea Gardens Progress Association meeting.
The association has spent the past two years campaigning for improvements in Hawks Nest.

“Personally the fact that this report has been prepared is a major breakthrough in getting recognition from Great Lakes Council that Hawks Nest needs revitalisation,” president of the Hawks Nest Tea Gardens Progress Association Trevor Jennings said.

“Most of the members are very happy with what has been put forward so far and I think it’s a great example of the community and the council working together to achieve a successful outcome,” he said.

The council has held several community workshops and a survey to try and gauge what the community wants.

The council is now proposing to change some of the business zoned land in Booner Street to medium density residential zone while rezoning some land close to the beach to allow speciality tourism uses such as takeaway food and function centres.

It is also proposed that pressure be taken off developers with a review of section 94 fees which see developers having to dish out extra costs for car parking and new developments.

Further to this the council wants to support a new beach kiosk at the surf club as well as beach front restaurants.

The council is looking to encourage the use of public spaces for markets, outdoor events and pop up shops and will also be investigating opportunities for a Marina and other water based development.

“This is a very exciting time and with the help from the community there is a real opportunity to see some positive short and long term changes for Hawks Nest,” Great Lakes Mayor Jan McWilliams said.

“We’ve had an overwhelming response from the community so far and are keen to continue the momentum,” she said.

In development news for Hawks Nest a new owner has purchased the former IGA with a concept to create a supermarket, café and commercial space.

There has also been discussion with council regarding housing on a large parcel of land between Yamba and Booner Streets.

The latest development to open in Hawks Nest is the new Indian Nepalese restaurant set to open this month.

“We hope to see continued input from the community to guide council in its role in revitalising this unique village,” Cr McWilliams said.

Those with a specific idea to support the revitalisation of Hawks Nest can contact Trevor Jennings at [email protected] or Rebecca Underwood at council on 6591 7222.