AMOUNGST the many tourist attractions of the twin towns of Tea Gardens and Hawks Nest the golf course is a stand-out feature. 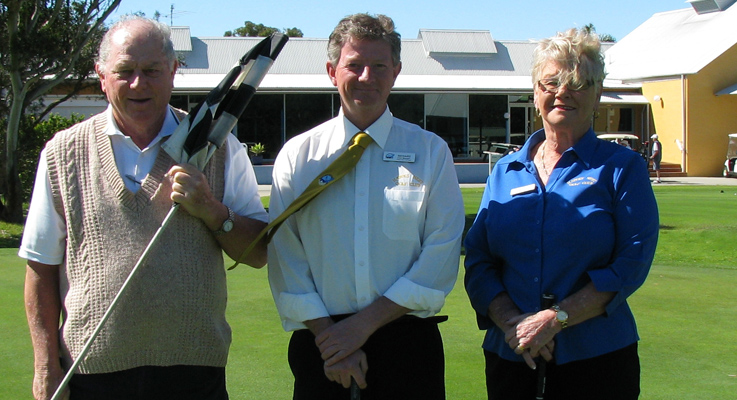 The challenging and fantastic championship lay-out, with serene surroundings is high on the “must play” bucket list of golfers; in particular the caravan community, given the adjacent Hawks Nest and nearby Jimmy’s Beach caravan parks.

In an article by Norm Walker, ‘A Club is Born’ his comprehensive and fascinating history of the formation and early development of the club details a success story of community spirit, underpinned by extraordinary voluntary effort.

The perpetuation of that community spirit and voluntarism remains a key feature of the success of the club today.

Many members pitch in to support the various clubs and activities conducted under the auspices of the mother club.

Mr. Walker cites the assistance of local Councillors in obtaining 54 acres of Crown Land, the formation of Sanderling Avenue and subsequent acquisition of further land, giving a total of 112 acres, sufficient to construct an 18 hole lay-out with a club-house and phased construction of the course.

Not only are the twin towns popular tourist destinations, but they are now, very attractive retirement locations.

At present nearly 10% of the twin towns’ aggregate population of around 3,500, are members of the various veteran golf clubs at Hawks Nest.

Nearly 300 games are played by the veterans in the tuesday and thursday competitions and it is estimated that overall more than 25,000 rounds of golf are played annually at the course.

The great leveler in golf is the handicap, but age is not necessarily a handicap as is evidenced by Keith Denham’s role in the runners-up prize for the Ewan Brooking major trophy during the year.

A nonagenarian, Keith in more readily discernable language has clocked up more than 33,000 days on planet earth.

Indeed, Keith a quiet unassuming, gentleman has a distinguished background, with records showing significant success as a road racing cyclist, prior to finding our slice of paradise for retirement.

Pictured are President Lee Rankin who in conjunction with the Board provides overall governance of the club’s affairs, General Manager Richard Simmer has stewardship of the club’s operations, whilst Jo Weston leads the administration engine room.

Damien Murrell the course Superintendent heads a small team, to deliver the course in fantastic order.

They work tirelessly to secure the success of the club and are all keen golfers.