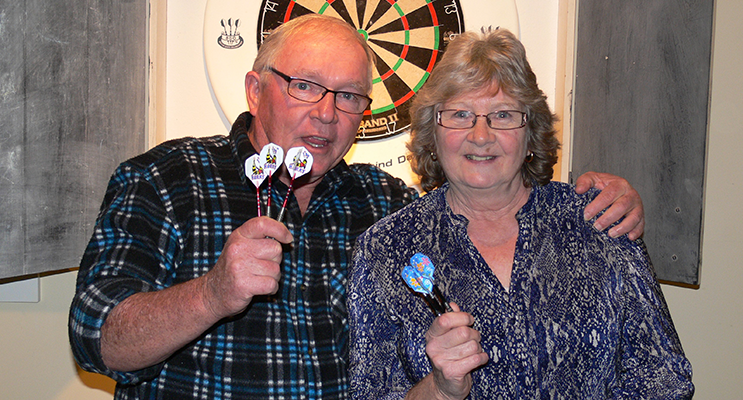 IT was another very well attended evening, 18 August, from the social darts division with the members and their guests creating one of the best social darts nights held for a long time.

The mixed doubles teams format was utilised to produced twenty six great players to battle it out for the title of weekly winners.

The mixed doubles runners up were Glenis Hartcher and Darren Rapley.

THURSDAY evening, 25 August, was the highlight for all the social darts competitors for the club.

A great evening of darts was had from all those who were attending.

The winners and runner up team had to battle through a four way teams play off after already playing the regulation four games to be in the running for the winning position.

Closely following for the runner up position were the mixed doubles team consisting of Gene McKenzie and Marion Smith.

One of the highlights for the evening was the perfect score obtained from a visitor to the club,Pauly Day.