A man has sustained serious head injuries after being assaulted in Yamba Street, Hawks Nest. 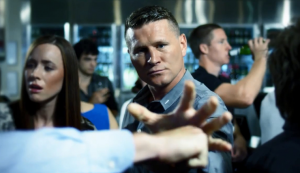 Police said at about 2am on Saturday, January 25 they responded to the incident and found that a 30-year-old male had been assaulted.

Upon arrival police located the unconscious male who had been punched and fallen backwards, smashing his head on a concrete floor.

The victim was conveyed to the John Hunter Hospital by ambulance for treatment.

The 30-year-old male offender from Newcastle handed himself to Tea Gardens Police at 3am the same morning.

Due to the seriousness of the victim’s injuries the offender was subjected to a breath test under the new ‘One Punch’ legislation.

The test returned a reading of 0.159 which is in the high range category.