The Hawks Nest Golf Club has great support from their social club members with everyone in full swing for the season of golfing, darting and fishing. 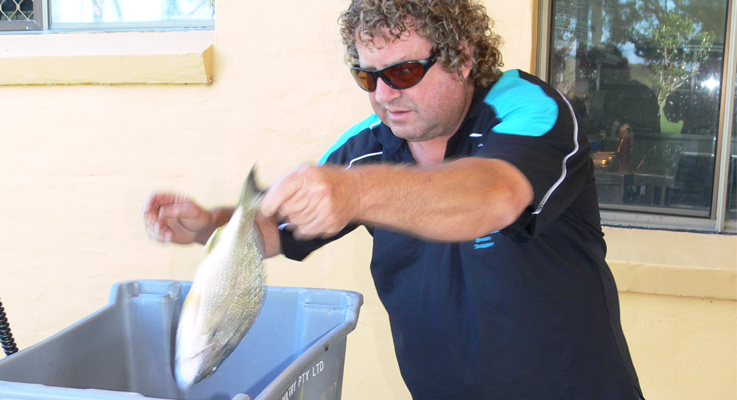 “The members have reported on great outings since the warmer weather has approached,” said Social Club member Luke Boyd.

“Recently the fishing competitions have proved difficult, due to the heavy north east hitting our shores, although fishing results still were forthcoming,” he said.

On the weekend of 11th and 12th of October, the ladies runner up was Lou Wright, catching some nice sized flathead.

Jess Slow again winning the ladies division with a mixed bag of bream and an Australian Salmon.

Luke’s catch was an impressive mixed bag of tailor, whiting, an Australian salmon and bream.

Andrew Sharp was runner up with a great catch of bream and an Australian salmon (Pictured).