FOR the first time in 12 months, both the Progress Association and the Southern Reference Group were able to conduct full meetings during the past month and we welcomed a good roll-up for both.

The PA was able to conduct their normal meeting and held their AGM, which had been deferred due to COVID-19 restrictions.

Existing committee members stood down and the majority saddled up for another year, with Len Roberts staying on as President. 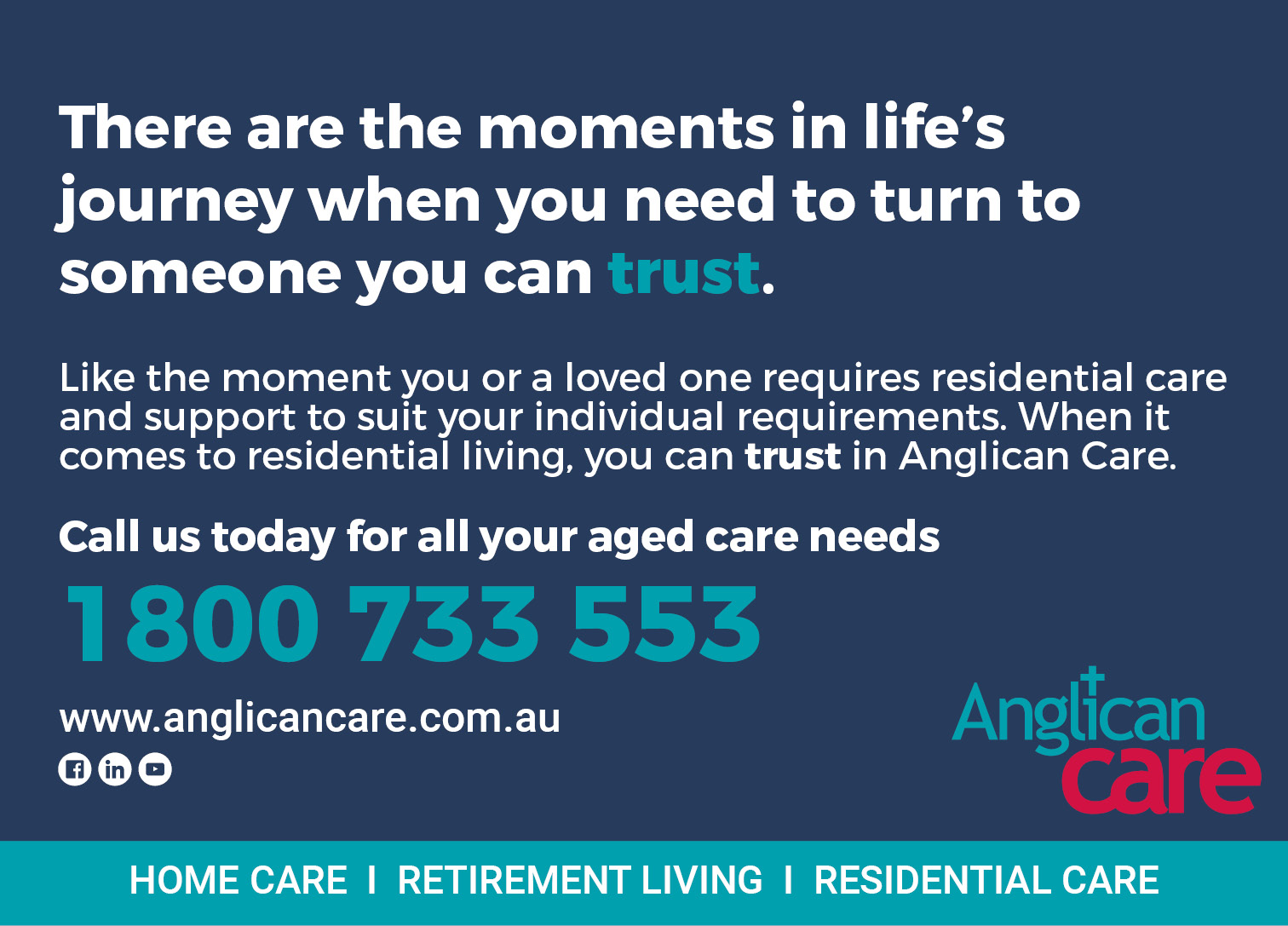 It was very pleasing to have a number of new and younger members also stand for the committee, giving the Association a full complement.

They will bring fresh ideas and we can look forward to an interesting 12 months.

My recent NOTA article addressing Council shortcomings was answered by the Council GM, giving a detailed response to each of the issues.

Unfortunately, we are unable to present you with a copy, as Council wishes to respond through their Media Dept.

We can advise the response was positive and to touch on a few of the topics, the Pedestrian Access and Mobility Plan (PAMP) will be presented at the Council meeting in April.

We can also advise that the Council accept the footpath lanes on the Singing Bridge are too narrow and are studying concepts to fix the problem.

They are seeking public input into the design of the replacement boat ramp in Apex park and are holding a “community pop-up” on-site on Wednesday 7 April in order to allow the community the opportunity to have their say.

The response covers most of the other topics which we must leave to the Media Dept.

Again, the Committee has been active over the past month, with the ladies working group doing a great job on the Community hall garden in Hawks Nest.

They are liaising with the Lions Club on other projects needing work, such as the Tea Gardens Cemetery garden and the mosaic wall on Bennetts Beach.

The request for warning lights on the Highway, prior to the Myall Way turnoff, was made some time ago to Transport NSW, through our State Representative, Kate Washington and we have had no reply.

It makes one wonder why a decision would take so long, considering it is a relatively cheap stop gap solution to a potential traffic disaster.

The Myall River Action Group was host to an area manager of a new Government Agency known as Maritime Infrastructure Delivery Office, or MIDO.

The community will be aware of the myriad Government Agencies involved in achieving a dredging program within State waters and has been an advocate for a single authority.

MIDO has been formed as an initial step and is a combination of Maritime Services and Crown Lands.

Staff have been selected from both agencies and responsibilities are divided into two sectors, north from the Hawkesbury River and south to the Victorian Border.

At this stage, their jurisdiction is in moorings and dredging of navigational waterways.

The Council sponsored Southern Area Reference Group (SARG) was able to meet for the first time in 12 months. Much ground needed to be covered and to record only a few:

· Suggested 40Km speed limits along Marine Dr and The Boulevarde have been rejected by the Traffic Committee as being unnecessary.

· Parking lines between Maxwell and Ogden Sts need to be done.

· The Council owned block of ground along Myall Way will not be developed as a car park until funding is obtained.

· Council designers are working on a plan to repair and upgrade the Moira Pd boat ramp.

· The proposed river clean-up will have to be postponed again, due water discolouration.

· The replacement viewing deck at Winda Woppa has been costed at over $50K and is subject to a funding grant.

· Bulahdelah Skate Park has been opened before a community audience including our Fed member Dr David Gillespie. Council have stated it is the state of the art and by far, the best in the area.

Hopefully, both Community Groups will be able to conduct full meetings in April.