The niece of an elderly woman shot at Toongabbie last year has today joined police as they renew their appeal for assistance and release video of a car they are seeking information on. 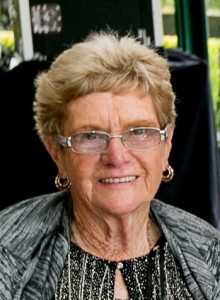 Helen Dawson Key, 75, was shot at her front door in Paris Place just before 6pm on Wednesday 19 November. Her body was located the following morning.

Homicide Squad detectives are investigating Mrs Dawson Key’s death under Strike Force Elermore and believe she was targeted, but are still working to determine why.

Mrs Dawson Key’s niece, Jenny Hitchcock, said her death had had a devastating effect on the family, particularly during Christmas and what would have been her 76th birthday.

“Aunty Helen has been taken from us in the most tragic way anyone could imagine,” Ms Hitchcock said.

“We are at a loss as to why this tragedy has taken place: she was a person very devoted to her family and passionate about her love of bowls and helping others.”

Ms Hitchcock urged anyone with information to come forward.

“We are seeking public assistance once again in the hope someone has seen or heard something of what happened on the evening ofWednesday November 19, to please come forward to police no matter how small the information may be,” she said.

Homicide Squad detectives are today releasing footage of a car seen in the vicinity of Mrs Dawson Key’s home around the time of her death.

That vehicle has been described as a late 90s model maroon-coloured Toyota Camry. The car has distinctive orange striped seat covers.

Det Insp David Laidlaw from the Homicide Squad said they were also still trying to determine Mrs Dawson Key’s movements before her death.

“We know Mrs Dawson Key attended a bowls function on Tuesday 18 November 2014, but we are still trying to determine where she was in the days leading up to that function,” Det Insp Laidlaw said. 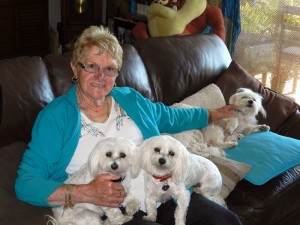 “We are also keen to confirm her movements and who she might have seen after that bowls function and the Wednesday she was killed.”

Anyone who saw or spoke to Mrs Dawson Key before her death, or has information about the car in the CCTV, is urged to contact police.

Detectives are also continuing to seek information on the identity of a man who was seen walking through McCoy Park shortly prior to Mrs Dawson Key’s death.