EXCITING times ahead for the Karuah local History Group. 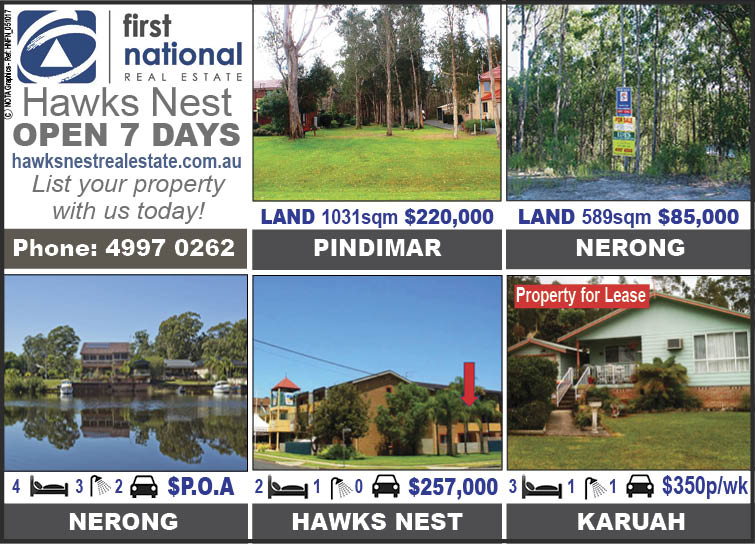 Last year the Myall Coast News Of The Area put out the call for anyone with information about ‘The Branch’ to help the society compile a book of the area’s rich history.

18 months down the track and a lot of painstaking research and the book ‘The Branch: The Community And Its People’ is ready to be launched.

“The book has been a collaborative effort by three members of Karuah Local History Group, namely Benita Parker, Paul Mulvaney and myself,” the Group’s Secretary Robyn Witt told News Of The Area.

‘’We felt that the area had a great story to tell.”

“The village’s heyday was between 1890 to 1935, although the area’s history goes back to the days of the Australian Agricultural Company and their million acre grant in 1826.”

“A sawmill was built there in the 1890s, and was the main source of employment.”

“The village had its own school, hall, post office and a Union Church, used by various denominations.’’

“As you can imagine, the majority of people who had connections with ‘The Branch’ are no longer with us, and those who are left are all well up in years, so it was also a case of something had to be done now,” Robyn said.

The book is being launched on Saturday 14 October at 5pm at the Karuah RSL.

The book launch will be followed by a film night featuring ‘Forty Thousand Horsemen’.

Members of the Australian Light Horse Association will provide a display and give a talk prior to the film.