Tea Gardens Police have praised the efforts of local fishermen for their assistance following a boating accident which left a man with serious lacerations to his forehead over the weekend. 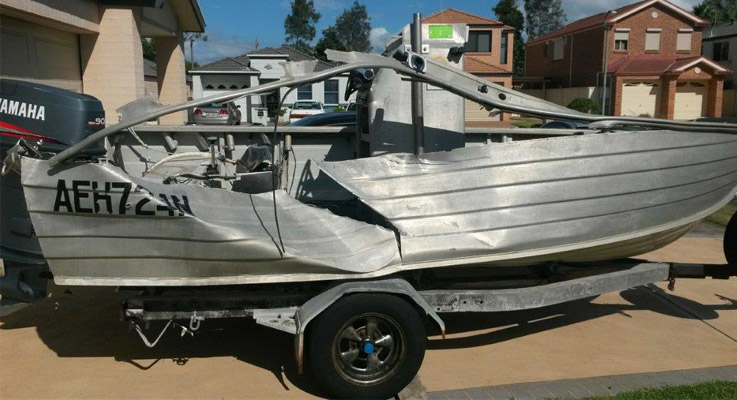 Emergency services were called after a 6.5 metre fibreglass speed boat collided with the side of a 5.5 metre aluminium runabout on Mungo Brush Broadwater at about 8pm on Saturday 27 February.

The speedboat left the scene without rendering assistance, leaving the damaged runabout stranded and taking on water.

A fisherman rescued the injured man before towing the vessel to Mungo Brush boat ramp.

Police provided a description of the offending speedboat to commercial fishermen in the area, resulting in the boat being located at Mungo Brush campground.

The 35-year-old speedboat owner was arrested and taken to Tea Gardens Police Station where he was charged with dangerous navigation, DUI and failure to render assistance to a vessel in distress.

The 51-year-old male skipper of the runabout was treated by Tea Gardens paramedics, receiving seven stitches to his forehead.

Police have stressed that without the assistance of the local fishermen, the victim may have suffered more serious injuries with the offenders remaining unidentified.