AS formal lessons wrap up for more than 70,000 NSW Year 12 students this week, marking of the HSC Visual Arts major works is continuing. 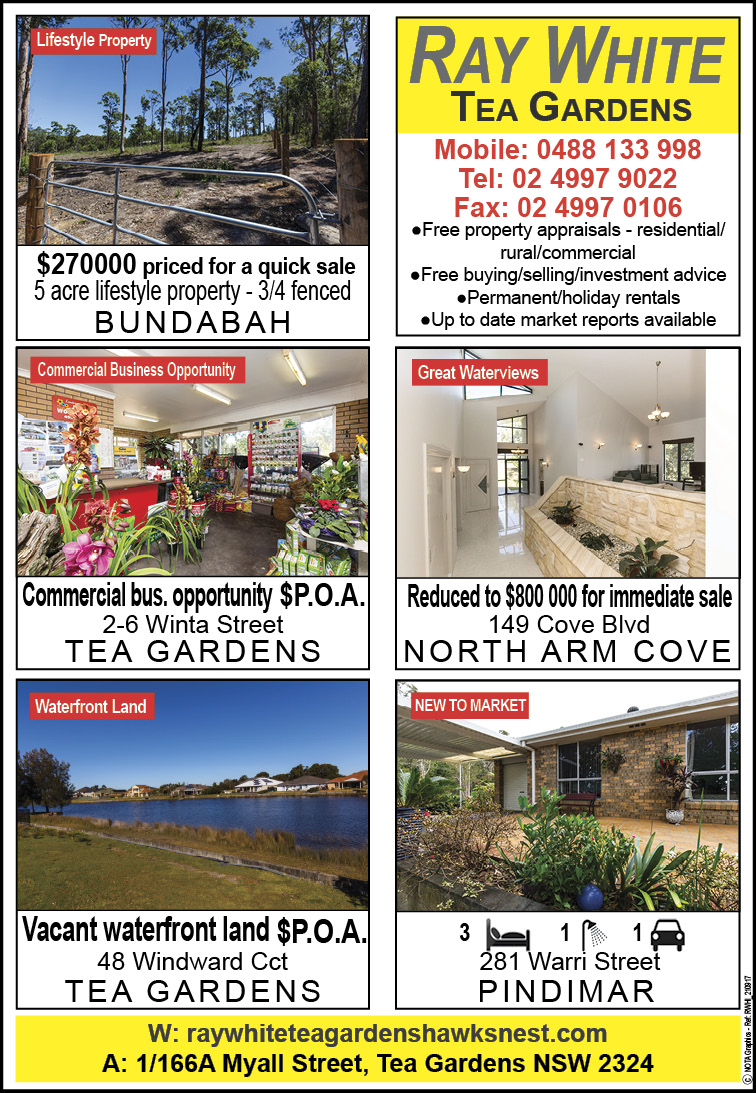 Amongst the thousands of artworks that have been transported to Sydney for marking, is a sculpture and caricature portrait created by Bulahdelah Central School student, Darcy Harris.

Darcy said his work titled ‘The Apprentice’ is constructed from recycled materials including wood and political newspaper clippings.

“It explores the relationship between Trump and Putin and the political situation at the moment,” Darcy said.

“The work as a whole shows the influence of exterior sources over Trump’s regime.”

Taylor said the inspiration for her work comes from the ‘useless time consuming’ task of putting on makeup in the morning.

“It is about body image, I aimed to make the audience feel the pain that is being inflicted on the woman in the portraits as she conducts her morning ritual of doing her hair and makeup,” Taylor said.

“The pinks represent the stereotypical feminine colour and the black backgrounds are used to advert the viewer’s attention to the faces in the portraits.”

Taylor said the embroidery technique gives a 3D element to the paintings.

Other BCS major works submitted for marking include Bonnie Hay’s collection of six artworks consisting of an etching, drawings, photographs and embroidery to represent her life journey so far.

Jessica Chalker chose family as the theme for her five paintings which include her parents’ wedding, portraits of her sisters and a family reunion.

More than 9,000 NSW students studied the visual arts course as part of their HSC this year.

The written examinations will commence on 16 October, when around 60,000 NSW students will sit English Paper 1.