ON the night of 17 December 2020, the Port of Newcastle sent a contractor to the Stockton Breakwall to cull many of the stray cats who made their homes on the wall.

Some of the cats were killed, and many were severely injured.

Hundreds gathered in immense heat on Thursday 14 January to peacefully protest these actions in an event organised by the Stray Cat Project.

In line with COVID-19 guidelines, volunteers ensured that check-in procedures were in place, and that all protestors had signed in.

“The actions from the Port of Newcastle were cruel, thoughtless and utterly unnecessary.

“The cats who were slaughtered had the same ability to feel fear, pain and suffering,” Darren said to the crowd.

“We will not be silenced, no excuse for violence,” chanted the crowds whilst holding up signs naming the cats including Harry, Rosie and Lily, calling for action.

The protest goal was to inform the Port of Newcastle that ‘The community does not accept your actions’, and to ensure that the thirteen remaining cats on the Stockton Breakwall be protected.

The Stray Cat Rescue had been working with the breakwall cats in a trap, neuter and release plan, aiming to rehome and adopt the cats.

Before the ordered cull, the group had already managed to bring the population of the breakwall from 100 cats to 40 with their successful program.

“Our job today is to give the voiceless a voice and demand justice for the breakwall cats,” said Darren. 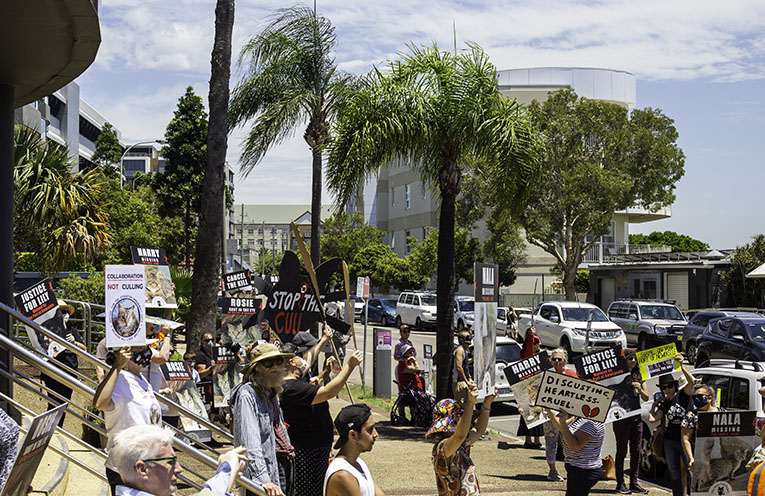