The current rain and weather system has left many towns, area, home and people stranded throughout the Hunter, Mid North Coast and Newcastle regions. 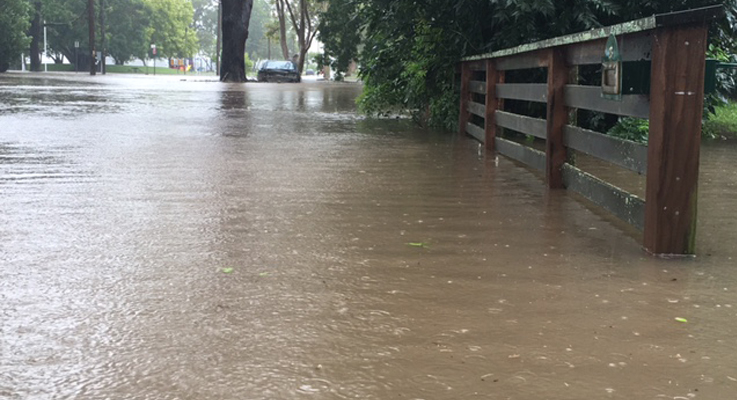 Emergency personel have received well over 1500 calls for assistance over the last 36 hour period.

Trains have resumed between Hamilton and Fassifern on the Central Coast & Newcastle Line after a partial closure this morning due to flooding of the line at Cockle Creek.
Buses will supplement these services and passengers are advised to allow additional travel time and listen to station announcements as stopping patterns may change.

Buses continue to replace trains between Hamilton and Scone/Dungog due to flooding of the line at Sandgate.

As at 8:45am the following roads are closed:

As well motorists should use extreme caution on the following roads which are also affected by flooding but remain open:

Motorists are advised to delay all unnecessary travel and to exercise extreme caution.

Below is as reported by the ABC this morning “NSW weather: Minor flooding, landslide hits south coast with more rain forecast”

Across the state, rescue crews carried out more than 20 rescues from flood waters.

He said a pregnant woman was rescued from a property that was isolated by floods.

“We’re also out and about looking for people, looking in areas where people may be at risk such as low-lying camp grounds.

“Many people are on holidays at the moment so may not be familiar with their area, so they need to take that extra care to be aware of what’s going on around them and be prepared to move if required.”

“Most of the weather will affect the Hunter, particularly the lower Hunter, before the low decides to move to the north-east probably later in the day,” he said.

“There may be some gale force winds associated as well.

“It’s not over as yet. There’s still the possibility of a burst of really very heavy rain.”

Emergency crews from Sydney are preparing to travel to the region today.

Flights in and out of Newcastle are operating on schedule despite major flooding on roads leading to the airport.

However, Sue Pritchard from the State Emergency Service (SES) said crews were also preparing for the risk of flash floods in Sydney.

“We have got some flash flooding hotspots in the Sydney metro area and people just need to be aware of when they’re driving out during these downpours just take it easy on the roads,” she said.

In Sydney, some suburbs recorded more than 100 millimetres of rain in less than 24 hours from 9:00am on Tuesday.

“The highest falls appear to [have been] near Frenchs Forest on the Sydney north shore – 112mm was recorded,” the bureau’s Dmitriy Danchuk said.

A total of 108mm was recorded at Baulkham Hills, 110mm at West Pennant Hills and 102mm at Kings Langley.

“For the rest of today rain is expected to continue, at least during the first half of the day while this low pressure system stays near Newcastle,” Mr Danchuk said.