FOLLOWING the passing of their late mother Ida in 2019, Glenn, Brian and David Collard came across a journal she had kept, in which she recorded the last hundred years of history in Bobs Farm from her own recollections. 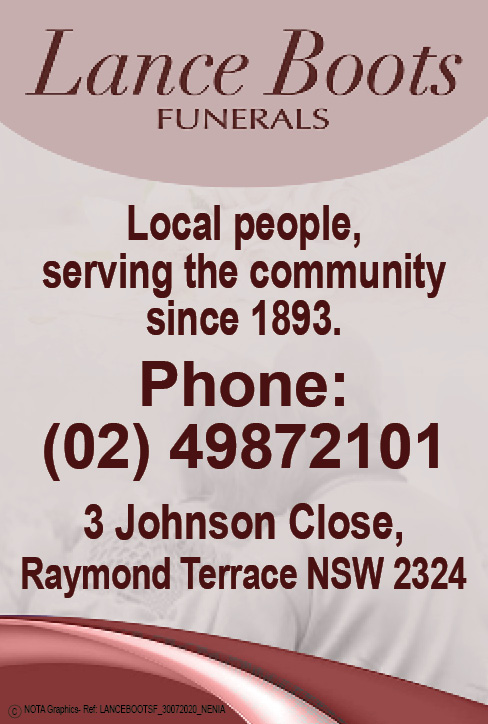 Ida Collard was born and raised in Bobs Farm and went on to receive an Order of Australia Medal for her contribution to the local community.

Her sons were overjoyed when they came across her journal.

“We came across this book and most of it is about the history of Bobs Farm,” said Glenn.

“It just seemed to be so educational of old-time things and it helps you relate to how these things happened right here in town,” he said.

“For example, she speaks about how one of her aunties was the sewing mistress here and earned 12 pound a year.

“It also talks about the floodgates where the children did their swimming and things like that,” said David.

Since discovering the journal, the brothers have shared a copy with Bob’s Farm Public School, so that students can engage with the area’s history.

“We always do a unit during the term on early Australia, so next term we will probably get Glenn to come in and talk to the class and read some of the journal out to the children,” said Bobs Farm Public School Principal Megan Elliott.

Ida was born an Upton, and the family supplied the farmland on which the school was built.

Her older brother Clarrie was the first student to attend the school.

“When they started, they had one student on the first day, then three, four and eventually seven students,” said Glenn.

“My mother’s maiden name was Upton. They were one of the main families in the area 100 years ago and a lot of the early students at the school were Upton’s,” said David.

Ida passed on 15 September 2019, a hundred years to the day of the gazetting of Bobs Farm in its name change from Lower Anna Bay on in 1919.

Last Tuesday, 8 September, would have been Ida’s 100th birthday.

The brothers are currently exploring options to how best to share the journal with the community and preserve the valuable history within.