Chris Lock and Leon Bobako presented an  informative session at the recent Hawks Nest – Tea Gardens Progress Association meeting regarding the proposal to have an indoor Hydrotherapy Pool constructed in the future for the areas growing population. 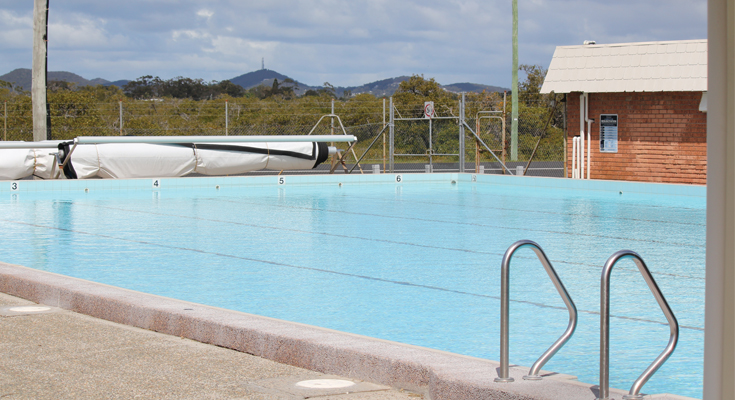 Mr Lock presented and discussed several statistics including the probability that the population in the Hawks Nest – Tea Gardens area could swell to approximately 11,000 people in the next 15 years.

Given that increase in the general population, the current pool facilities would be inadequate and despite the reality that redevelopment of the current pool is quite possible, according to Mr Bobako, council would prefer to move forward with an aggregation of all local council services to a Civic Centre.

Mr Bobako tabled an email received from Councillor Carol McCaskie, from Great Lakes Council, who stated that in the past 6-8 weeks Council staff have been in discussions with developers to ascertain interest in and availability of a site which, according to Councillor McCaskie, the proposed site would need to be at least 6 hectares in size to accommodate facilities such as playing fields, a library, Council office, pool and other facilities.

Councillor McCaskie has advised that Council will be preparing a concept plan which will be placed before the community for comment.

Mr Bobako also stated that the local Lions Club been had also been behind a recent push for a hydrotherapy pool and it’s understood that the Lions Club has adopted this project as one of community significance.

Also understanding the significance of this project, it is understood that Great Lakes Council’s General Manager, Mr Glenn Handford, will attempt to allocate time to discuss this matter at the next Community Engagement meeting in November.

An attempt was made to contact Mr Handford for further comments regarding the proposal on Friday 18 September, but he was unavailable for comment.