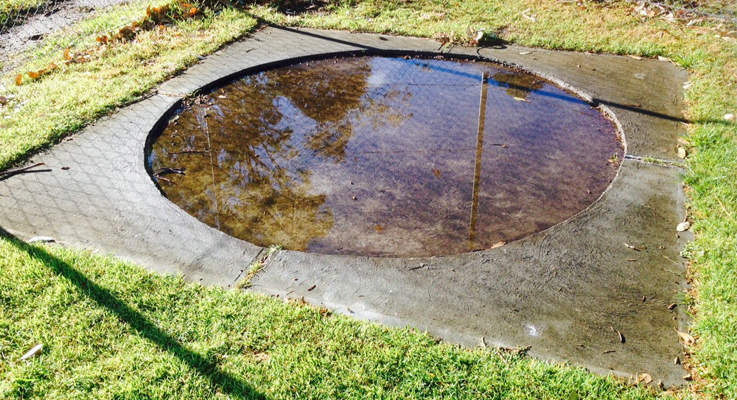 The proposal has been met with mixed reactions however Great Lakes Council and MidCoast Water feel they have addressed and communicated openly with residents to diminish concerns put forward.

The meeting, which was held on Wednesday 2 September, saw around 12 residents talk to Council and MidCoast Water.

Council’s Manager of Parks and Recreation, Mr Andrew Staniland said, “It was very pleasing that by the end of this meeting, we have agreed to proceed with a trial of the new irrigation system.”

Some residents remain uncertain and even publicly objecting to the upgrade which is scheduled to go ahead.

Phillip and Stuart Daniel told Myall Coast News Of The Area that at the meeting neighbours commented the spray was drifting about half way down the car park in a couple of knots of breeze.

“Where Mr Staniland viewed from our verandah, you could see the obvious unsuitability as the spray would directly impact our homes with nuisance recycled sewage spray if implemented,” said Mr Daniel.

“Only a sub surface system or diverting to the croquet and Providence Bay Park and retaining the oval with groundwater irrigation would solve this issue,” he said.

Another concerned resident, Denis Hainsworth took a photo morning after the meeting showing current irrigation pooling in the discus pad. 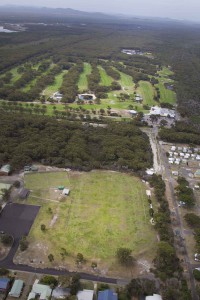 “This would present a significant health risk to children and animals if it were recycled sewage,” said Mr Hainsworth.

MidCoast Water’s Group Manager Planning and Development, Mr Daniel Brauer said that the treated water will be subject to very rigorous testing before it is released down the pipes.

“Three state government agencies – NSW Health, the Environmental Protection Authority and the NSW Department of Primary Industries (Water) have expressed their support for the implementation of the scheme and the irrigation of Myall Park.”

Recycled water has been used extensively across Australia and in the Great Lakes and is proven to be a safe method of reusing treated effluent for irrigation of public open spaces.

Council and MidCoast have listened to the concerns of residents living close to the Park and believe they have adapted the irrigation system to address these concerns.

Council will install new sprinkler heads that pump less water over a smaller area, to better keep the water on the field.

Council has also rescheduled the irrigation to take place at 2am on selected days, to both minimise inconvenience to Park users and reduce evaporation of water. 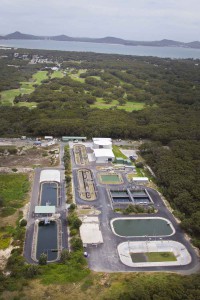 Wind meters have been installed which will alert the system to stop irrigating once winds pick up.

This will ensure prevention of wind drift of the irrigation water.

“We look forward to interested members of the community being able to compare the new irrigation system with the current system at a second demonstration. We envisage we will be in a position to start irrigating with recycled water in November or December as planned,” said Mr Staniland.