JENNEFER Trott said she was honoured to have carried the Queen’s Baton through Forster on its way to the 2018 Commonwealth Games on the Gold Coast. 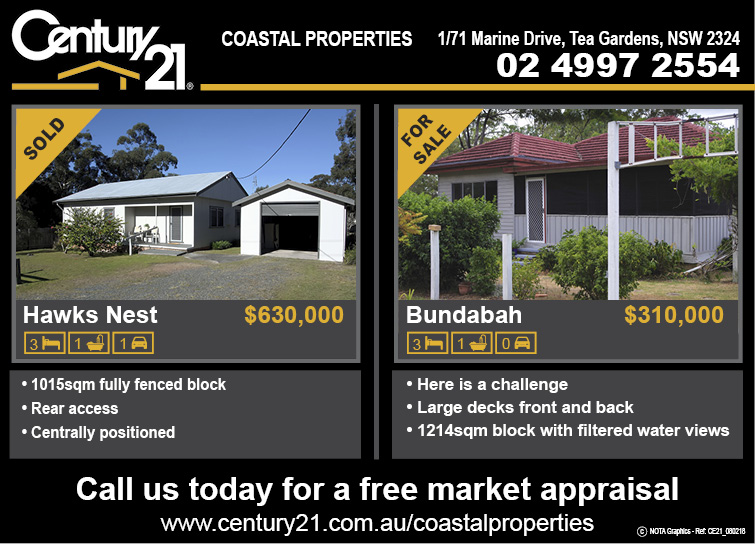 “It was an incredible and amazing experience,” she said.

“I was nervous at first, but once it all started the nerves disappeared and it became excitement and pride.”

The proud 22-year-old from Wang Wauk was one of 16 MidCoast residents who took part in the relay when it passed through the region last Friday.

Thousands of people lined the streets and waved, honked horns and cheered as the Baton Bearers journeyed through the streets of Tuncurry, then across Wallis Lake by boat before finishing at Forster Ocean Baths.

Jennefer said it was inspiring to see the MidCoast communities come together and support the special event.

“It was such a great day and I had so much support from everyone,” she said.

Jennefer has also been named as an Ambassador for the Games, and will be heading the Gold Coast in April to represent the entire MidCoast community.

“I get the opportunity to promote the MidCoast region to tourists,” she said.

“It is an awesome opportunity and I am definitely looking forward to it.”

Jennefer was selected for the role based on her contribution to the MidCoast community, particularly her volunteer work with the Rural Fire Service and the Nabiac RSL Sub-Branch.

The baton will arrive at the Opening Ceremony of the Gold Coast Commonwealth Games on 4 April, concluding its 100-day run around the country.