NEWS Of The Area papers in Medowie and on the Myall Coast will begin a new editorial initiative starting this week.

Taking inspiration from the infamous ‘Humans Of New York’, and the philosophy that everyone has a ‘story’, News Of The Area reporters will each week be approaching members of our community to tell you about themselves.

News Of The Area spoke with long-term Medowie resident Jim Batt for our first ‘Humans of Medowie’ spotlight.

This year is the 50th Anniversary of the “Battle of Long Tan” in the Vietnam War. It occurred on the night of the 18 August 1966.

Mr Batt spoke to News Of The Area about his experiences, and about returning to Vietnam on holidays.

“We landed at Hanoi. On travelling to our hotel I was amazed at the beauty of the countryside. I didn’t see one bomb crater anywhere, a lot of time had passed, no sign of war now.”

“A lot of craters had been made into ponds and water features others had been filled in I guess,” he said.

“The last night I spent in North Vietnam was at a place called Husan. My wife had become sick, so she had to return to Aussie.”

Mr Batt said, “I was left on my own with my ghosts still paramount in my mind. Opposite my hotel was a small Vietnamese restaurant. I sat, acquired a local Ale and decided to eat there.”

“What followed was a wonderful display of humanity at its finest.”

“The waitress of the evening spoke excellent English, and when an old man came out and the girl said he was her grandfather, Jim ask the girl if he had fought in the war. She replied that yes, he was a Viet Cong Officer,” Mr Batt told News Of The Area.

Jim asked the young girl to tell the man that he was an Aussie Soldier in that war, as his enemy.

Jim reflected to News Of The Area on the amazing reaction of this man, and the subsequent healing moment that ensued for both men.

“His reaction is forever imprinted on my mind; over all the negative thoughts I’ve had over the last half century. He smiled from ear to ear as I did and we embraced and shook hands.”

“A very long night ensued with much food and drink consumed. He spoke no English, but his Granddaughter acted as an interpreter,” Jim said.

“We sang, We danced, We laughed, We cried, We parted. Those precious short moments with that old enemy Soldier mean so much to me.”

After fifty years, Jim experienced something amazing. “We had been taught to kill and hate each other, but I swear to you, it is much better to be friends. Now Life Long Friends.” Jim told News Of The Area.

News Of The Area wishes to thank Jim Batt for sharing his special story, and message.
In Jim’s own words, “That’s that Medowie!” 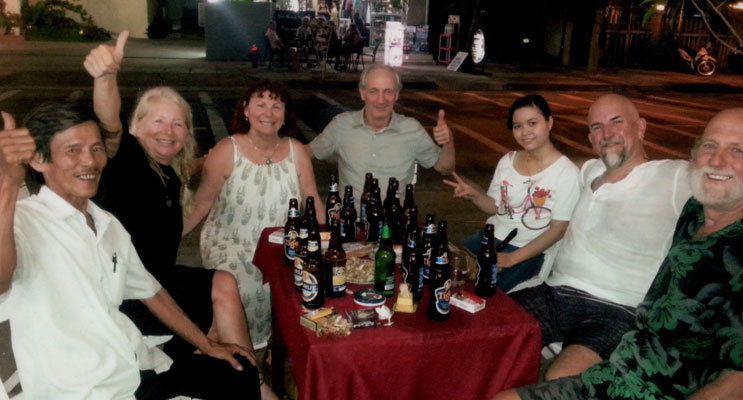 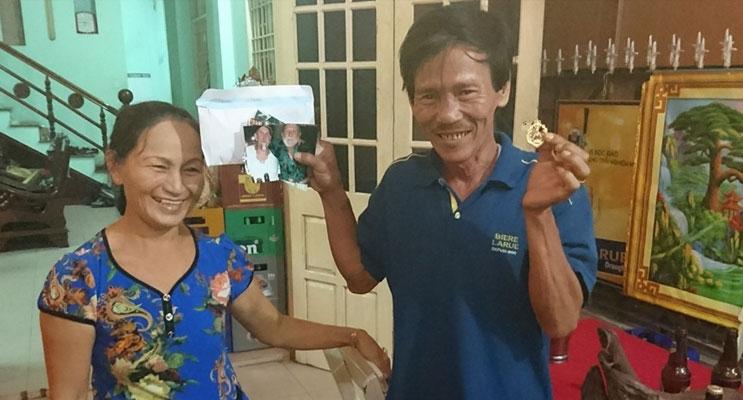