Mr Timony replaced most of its hull due to a severe grub infestation. 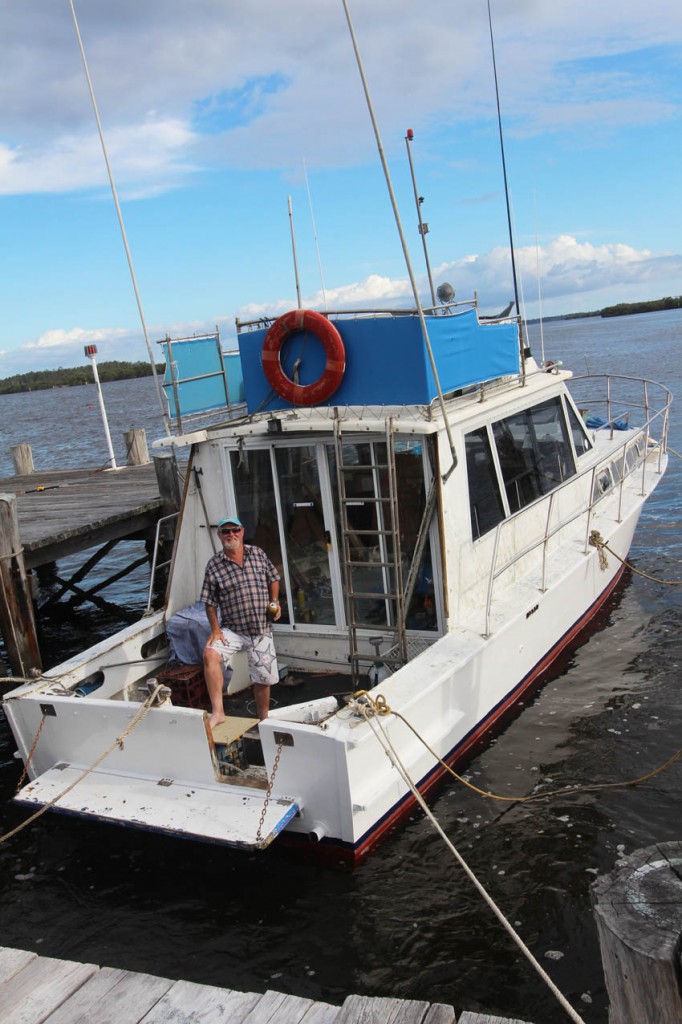 Despite name change suggestions prior to launch, such as the S.S. Minnow and The Submersible, it floated with no problem at all, as expected by Mr Timony.

It has been a labour of love for Jim and the many helpers over the past three years and with an abundance of supportive suggestions along the way including, but not limited to, altering the super structure and inverting the boat for relaunch, to cladding the hull with colorbond sheeting, Jim stuck to his guns and continued with the restoration works.

However, despite the many hours still required to remediate the internals to bring it up to standard, the hull is intact and the engines are firing, and thus a happy Mr Timony.

Mr Timony told Myall Coast News, “To the ‘few’ doubters within the community questioning the ability of the boat to float and run again that perhaps a number of cold beverages may be coming my way in due course.”

“However, on a more serious note I would like to pass on thanks to the many who have contributed over time and especially a heartfelt thanks to the oyster farmers for their patience and consideration.”

Mr Timony said that without the assistance of the local oyster farmers reparations would have been a far more difficult undertaking for him.

Hence, the life of the 35yo Happy Wanderer continues, much to the pleasure and happiness of her captain, and may there be ‘No Seas too Rough’ for the ‘ole girl.