Hearing of the continued erosion problems that Jimmys Beach and Winda Woppa residents have had to endure, South African born Patrick Johnson, from Australian Coastal Walls, has again offered his product as a viable solution to fix the problems once and for all. 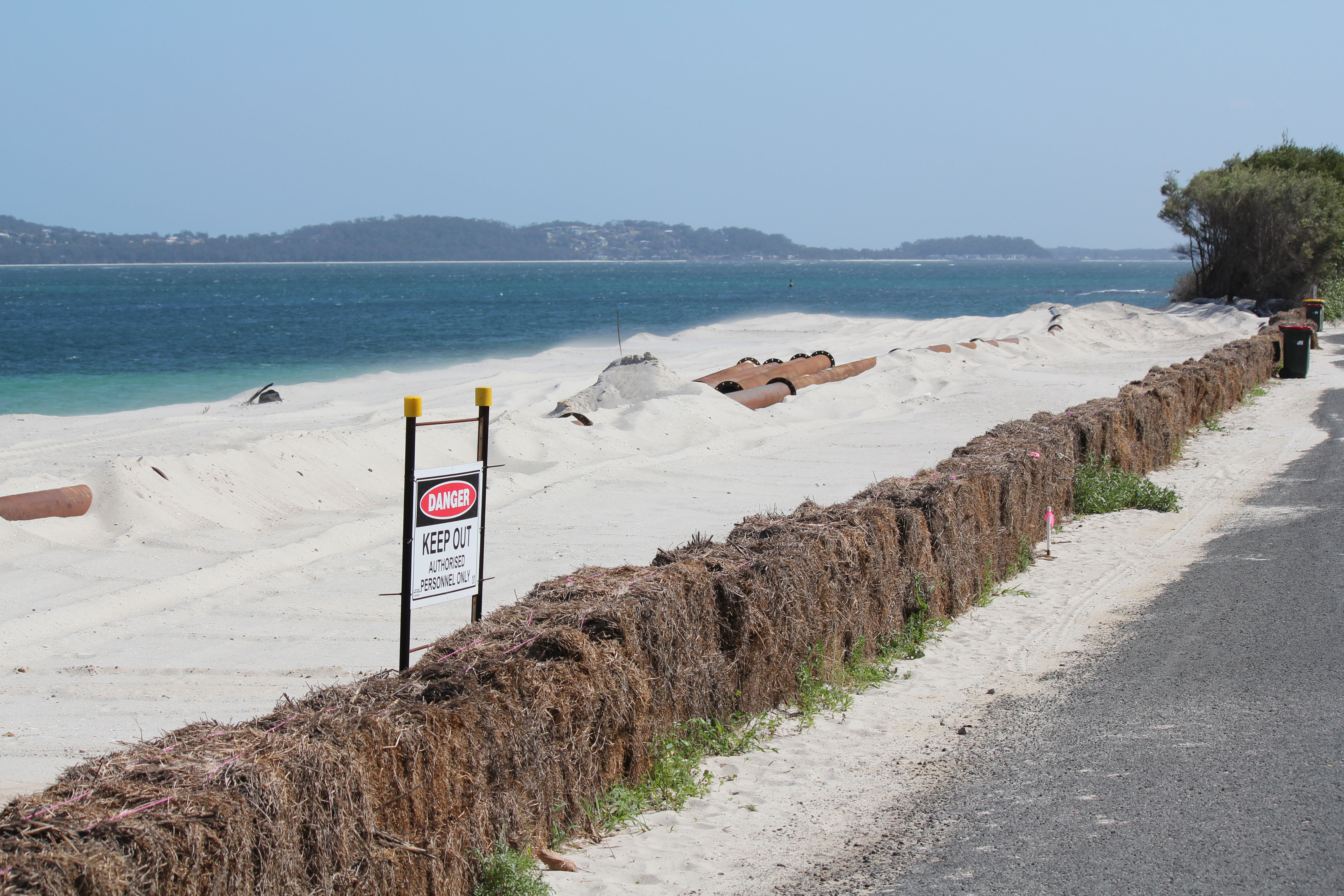 Of particular interest as a possible remediation tool, Australian Coastal Walls products include an interlocking concrete retaining block system, of which it’s original design has been widely used in Europe and South Africa for over 30 years, and has now been adapted and redesigned for use in Australia.

Speaking with Myall Coast News, Patrick Johnson said, ”I have been working closely with this product for decades and am of the belief it will solve the erosion issues at Jimmys Beach and Winda Woppa once and for all.”

“I have previously discussed my product with Council but they didn’t appear to be interested which is a shame, as all the money wasted on dumping rocks and sand in the area all this time could have been used just once using the products we supply at Australian Coastal Walls,” he said.

“The products interlock and have the ability to absorb wave impact and disperse water by draining it through the wall structure. Each block weighs 70kgs and they can be vegetated and coloured to blend with the local environment. Mr Johnson also added, “There are 19 other ‘hot spots’ in NSW where erosion issues are getting out of control, we are looking at assisting those areas also. I have a meeting with the Prime Minister of Fiji coming soon, who apparently is also very interested to use our products.”

A.C.W submitted some of their products to Manly Hydraulics Laboratory which is a division of NSW Public Works for testing and their results, as stated on a report issued in 2014 and visible on the A.C.W website, would appear to report that the A.C.W interlocking concrete retaining block products are highly suitable for resisting erosion issues even in 1 in a 100 year events.

“These systems would mean the beach would be removed and a sea wall would be installed.  However, the community has indicated many times that the beach is a significant facility and their desire is to retain it,” he said. 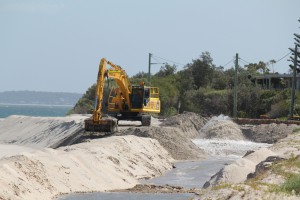 ”Council has previously engaged consultants to undertake studies examining options such as groynes, offshore reefs and reinforcing walls.  All of these studies indicate that, if the community wants to retain Jimmys Beach as a sandy beach, then sand renourishment will be required in conjunction with any other form of physical protection.”

“Hence, the capital cost of a physical protection system cannot be justified at this time. The outcomes of these studies have been supported by a number of NSW Government Departments,” he said.

One thought on “Jimmys Beach and Winda Woppa solutions continue”