People came from all around to attend The Lost Highway Karuah Bluegrass Festival kicking off on Friday 1 May with an open mic session at the Karuah BP service Station, where audience could vote for their favourite musician, artist Banjo Brian receiving the most votes. 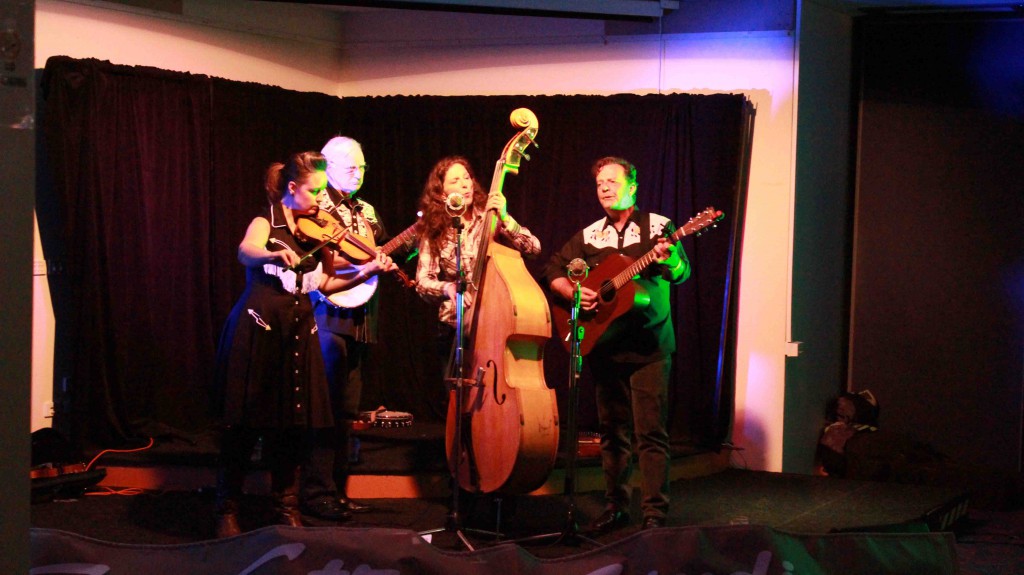 Bluegrass Heaven definitely had the local school students at Karuah Public Schools attention as they entertained them on Friday, which came as a much needed boost for the children recently returning to School rooms after the storms.

The BP service station hosted breakfast and entertainment at the BP Breakfast Room with The Fruit Trees on Saturday morning and a Bush Poet on Sunday morning, as well as an array of live music into the early afternoon.

Saturday morning workshops for the fiddle, banjo, dobro, guitar and mandolin were held at Pickers Paradise followed by a Bluegrass Session just before Midday.

Early Saturday evening Soul Fire Circus put on an excellent performance for the children, before many live acts at the RSL including Gleny Rae Virus and her Playboys, James Thomson, Catgut and Buffalo Nickel.

Following Gospel at Pickers Paradise at the community hall, Sunday seen the finale at the local RSL with The Bob Corbett Band and Catgut wrapping up the weekend.

Organiser Sharon Wedd told Myall Coast News, “Considering numbers being down purely due to weather, it’s been a fantastic festival with lots of wonderful bands, the music has been top notch and the festival will come back fighting strong next year.”

“Even though there is dark clouds outside, there is a lot of sunshine in the room with everybody enjoying the weekend immensely,” said Ms Wedd.

It was absolutely fantastic that the festival organisers had a second plan due to bad weather with the local BP Service Station and Karuah RSL stepping up to provide venues to cater for the weekend of rain.