IF Championship Fours brings out the ‘Gorillas’, then the Major Singles brings out the ‘Purists’. The first 10 players to go through to the second round won out in the games held on the Karuah green this last weekend. 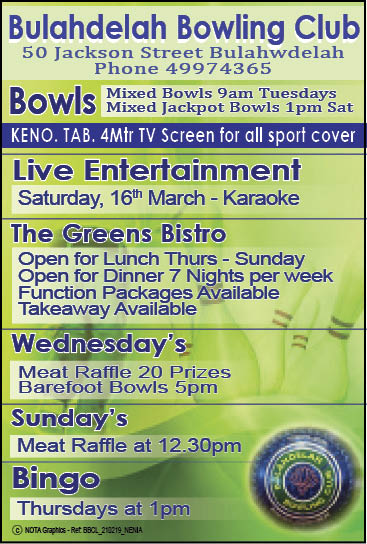 Max Rosser, Senior Selector and Games Secretary said, “In some absolutely cracking games, some of the best lawn bowls you would ever see we’re on display, particularly on Saturday afternoon.”

In a replay of one of last year’s best games, George Brown again took on Greg Pearson, this year Greg reversed the result with George coming a very close second.

Gordon Latimore and Dennis Ashbridge played the game of the round, with Dennis getting away to a strong lead, but Gordon coming back in the last 3 ends clinching the win at the very last.

The big verandah crowd cheered and thrilled on the edge of their seats as the lead changed, jacks were moved and chalk supplies were exhausted.

With apologies to Milton, and I mean the famous English poet not the NDBA umpire coach “they also serve who stand and wait” and Saturday afternoon also saw 4 of the club’s best officials waiting, standing and marking the games. These men got the best views of these classic clashes.

Peter Fidden, RSL Club President and ‘closet bowler’ said, “There is no hiding in a game of singles, it’s you against the other player – best bowler wins.”

The bowling year is hotting up, come witness the best bowls in the district.