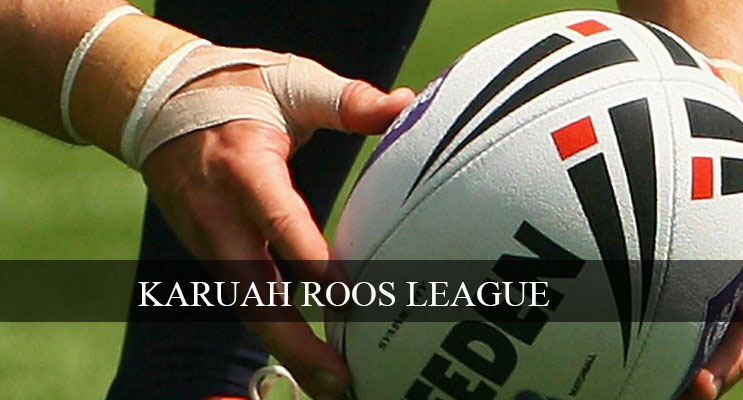 LAST week was the final home game for the Karuah Roos in the 2016 season and what a game it was.

It was a beautiful Saturday afternoon to thanks all the Women in League for all their hard work threw out the season. The game day Sponsor was the Morten Family.

Before the Roos took to the field for the last time some for the women had a Tugg of War match for fun and they sure did have some fun.

The committee, team, sponsors and supports would like to thanks Dwayne for all his hard work over the last 4 years and wish him and his family all the best for whatever lies ahead for them.

The Karuah Roos were the first to score with #1 Mitch O’Bryan getting the ball just in front of Hexham’s try line and running the full length of the field 4/0.

Roo’s #3 Josh Page was next to score and #6 Sam Croese converting making the score Karuah 10 Hexham 0.

Just before halftime the Jets were in for their first, Half time score was Roos 16 Jets 6.

The second half saw the Jets first to score 12/16.

Mitch O’Bryan was in for his second of the day with Sam converting 24/16.

Josh Page was in for his hat trick off the day taking the score to Karuah  30 Hexham 16.

Hexham were next to score and convert taking it to Roo’s 30 Jets 22.

Just before the full time hooter was sounded Dylan Foley was in for his second of the day, and Sam’s 4th conversion of the day taking the final score to Karuah Roos 36 Hexham Jets 22.

with all the games over for the season the Karuah Roos finished in 3rd spot on the ladder with 20 points.

Next week is the Qualifying finals 2nd against 3rd @ Lakeside Oval Raymond Terrace The Karuah Roos will take on the Gloucester kick off @ 11.40 Saturday.