Saturday was the Semi Finals with Karuah Roos taking on Hexham Jets, the winner plays the loser of Glendale Gorillas and Cardiff Cobras, with the winner of that game going into the Grand Final on the 16 September. 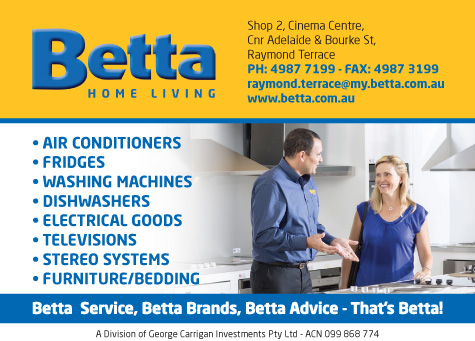 The Roos kicked off and the hits were coming hard and fast from both sides.

The Roos were the first to put points on the board 16 minutes in with Luke Perry running almost the full length of the field with his famous wave to the Jets players trying to catch him, with Sam Croese converting 6/0.

Seventeen minutes to in first half Mitch O’Bryan was the next to score and with Sam converting the score was 12/0.

Four minutes later Luke was in again after he did a little chip kick with a regather he was in and with Sam converting the score was 18/0.

The Jets were not to be counted out; they were in three minutes later for their first of 3 tries with in the last 10 minutes of the first half with only one successful conversion in the first half from the Jets to take the half time score to Karuah 18 Hexham 14.
The second half started the same with both teams not letting each other in.

No tries from either side until halfway through the second half when the Roos’ Dwayne Fleming was over and with Sam’s boot in perfect form to convert another the score was 24/14.

Hexham was not to be counted out with them countering three minutes later with a converted try Roos 24 Jets 20.

Then the Waving Assassin Luke Perry was in for his hat trick three minutes later with Sam converting 30/20.

With seven minutes left in the game, Jake Blanch was in for his first try of the season and his first for the Karuah Roos and with Sam converting to take the final score to Karuah Roos 36 Hexham Jet 20.

With the win, the Roos move on to the Preliminary Final against Cardiff on Saturday 9 September at Lakeside Sporting Complex game kicking off at 10am, with the winner going on next week to take on Glendale in the Grand Final on the 16th Sep at No 1 Sportsground Parry Street Newcastle 10 am.