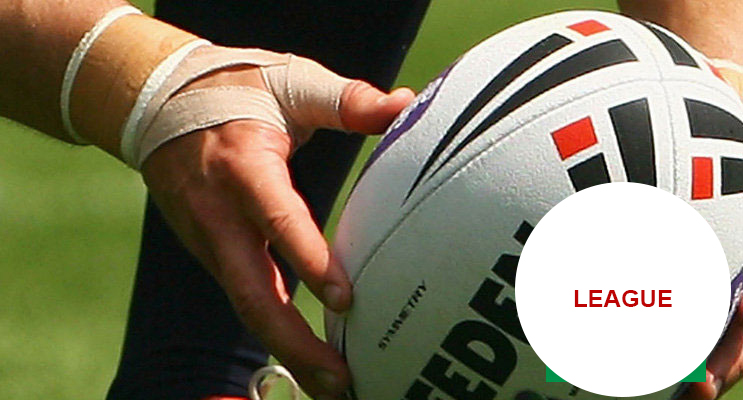 THE Karuah Roos, in third spot on the ladder, travelled to Hinton on Sunday to take on the top of the ladder team.

Game day Sponsor for the Roos was Bunty’s Fruit and Vegies. It was also the Hornets Old Boys and Charity Day for Beyond Blue.

It was a hard and fast game with no one scoring until half way threw the first half.

It was Hinton 4/0. Then they were in again within a few minutes take the score to Hornets 8 Roos 0.

It wasn’t to long after the Hornets score that the Roos #1 Luke Perry was in and #6 Sam Croese converted to take the score to Hinton 8 Roos 6.

Hinton were the next to score and convert take the score to 14/6 .

With under 1minute to go in the first #3 Josh Page was in for the Roos.

Taking the half time score to Hinton 14 Roos 10.

Once again it was the Hornets in first 18/10 and within about 8 minutes they were in twice taking the score to Hinton 30 Roos 10.

Then it was Karuah’s turn to put 2 quick tries on the first to #3 and his 2nd for the day Josh Page, #6 Sam Croese converting and the #13 Ryan Saunders taking the score to Hinton 30 Karuah 20.

The Roos had a man in the bin for 10min and Hinton used it to their advantage scoring 36/20.

Then the Roos had a man sent for the remainder of the game for yapping at the Ref about 12mins to go in the game.

Hinton again used it and were in for 2 more tries taking the full time score to Hinton Hornets 44 Karuah Roos 20.

Next week is the Last Home Game for 2016 and it is Our Women in League Round they boys will be wear pink sock in support for all that Women do for the League. And the Karuah Women are going to have a Tug a war match before the boys take to the field.

It is against Hexham 3pm kick off tug a war will kick off about 2pm.

Date for the Karuah Roos Presentation is Friday night 16th Sep @ the Karuah RSL 6pm to eat at 6.30pm $25/adult for a Baked Dinner 2meats, vegies and dinner roll plus sweets. Tickets will be available through Sonja Evans contact 0402283316 (money with order please).

Need numbers by the 12th September.

Chris White is the entertainment.

The doors will be opened to the public after the meal.