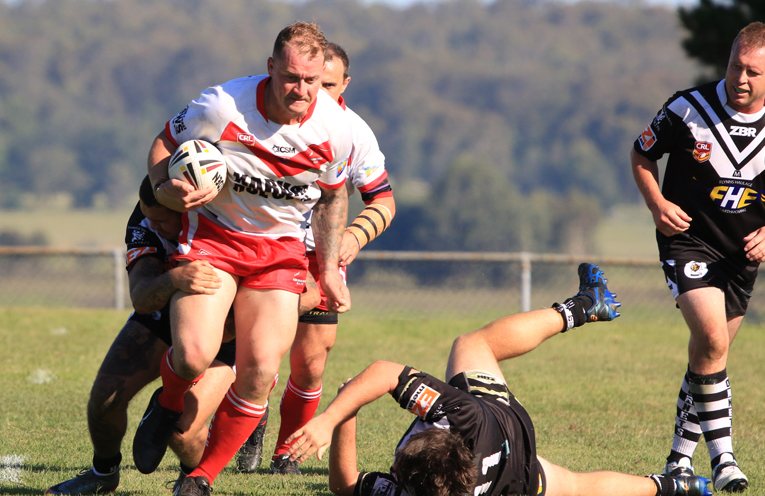 ON a beautiful Sunday afternoon the Karuah Roos travel to Hinton to take on the Hinton Hornets. Game Day Sponsors were Myall Coast News Of The Area and Myall Massage.

The Hornets kicked off and the Roos David Dodd was the first to score only 8 minutes into the game 4/0.

Within 5 minutes the Hornets were into equal the score 4 all and again they were in only 3 minutes later with a converted try to take the score to Hinton 10 Karuah 4.

Just over 10 minutes to go in the first half and the Roo’s Daniel Evans was over to take the score to Karuah 8 Hinton 10.

With 7 minutes to go Hinton were in for a converted try to take the halftime score to Hinton 16 Karuah 8.

The Roos Matt Croese was next to score 4 minutes later with Sam Croese converting to take the score to Roos 20 Hornets 24.

Hinton got a penalty goal with 4 minutes to go to take the score to Hornets 26 Roos 20.

Then with under a minute to go Sam Croese scored and with him converting his try the full-time score was 26 all. 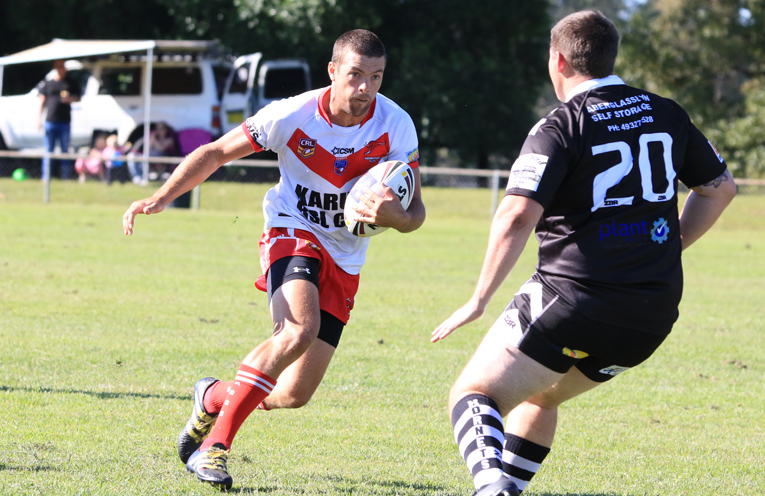 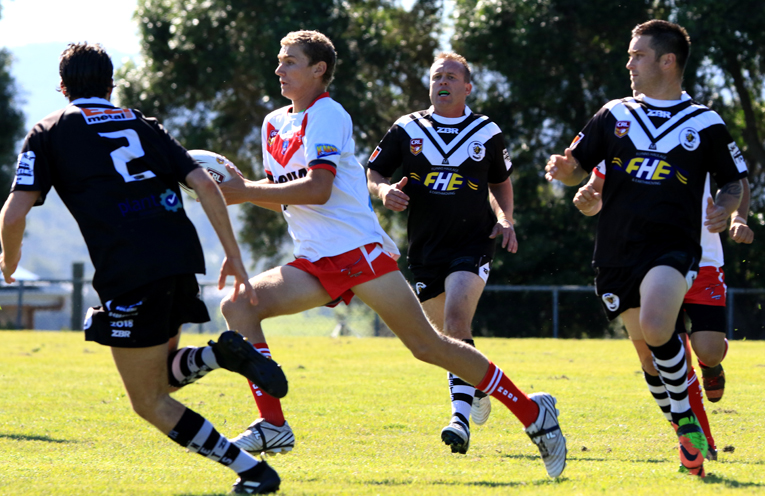