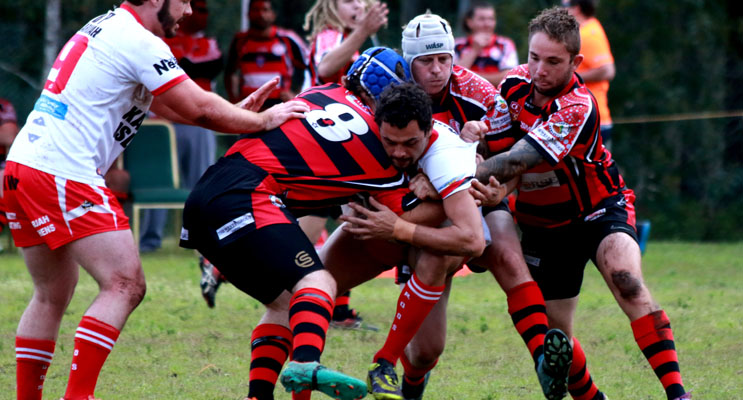 THIS week the Karuah Roos took on equal second spot on the ladder with the Cardiff Cobras on Sunday at home.

The Game Day Sponsor was Dark Side Concreting.

Cardiff kicked off. The Roos had the dropsies and were finding it hard to hold the ball.

The Roos’ Darren Weatherall was the first to score with Sam Creose converting to open the score with 6/0.

The Roos’ Kane Chisholme was in and Sam converted 12/0.

Half time score was Karuah 12 Cardiff 0.

The second half saw the Roos’ Zac Cobb over the line and Sam converting 18/0.

n the second half .

With tempers getting very heated Cardiff had 2 and Karuah had 1 in the bin.

Matt O’Connor had a try saving tackle to keep them out.

With Cardiff getting a penalty on the bell, they decided to run the ball and a great intercept from Luke Perry about 20metres from Cardiff’s line.

Luke ran, ducked and stepped all that tried to stop him for a fantastic runner away try to take the final score to Karuah 22 Cardiff 10.

That now puts the Roos in 2nd spot on the ladder.

There is no game next week. Enjoy your long weekend.