ROWING is a perfect sport for those living on and around the rivers and bays of Port Stephens and the Myall Coast, with Karuah now boasting its own rowing club. 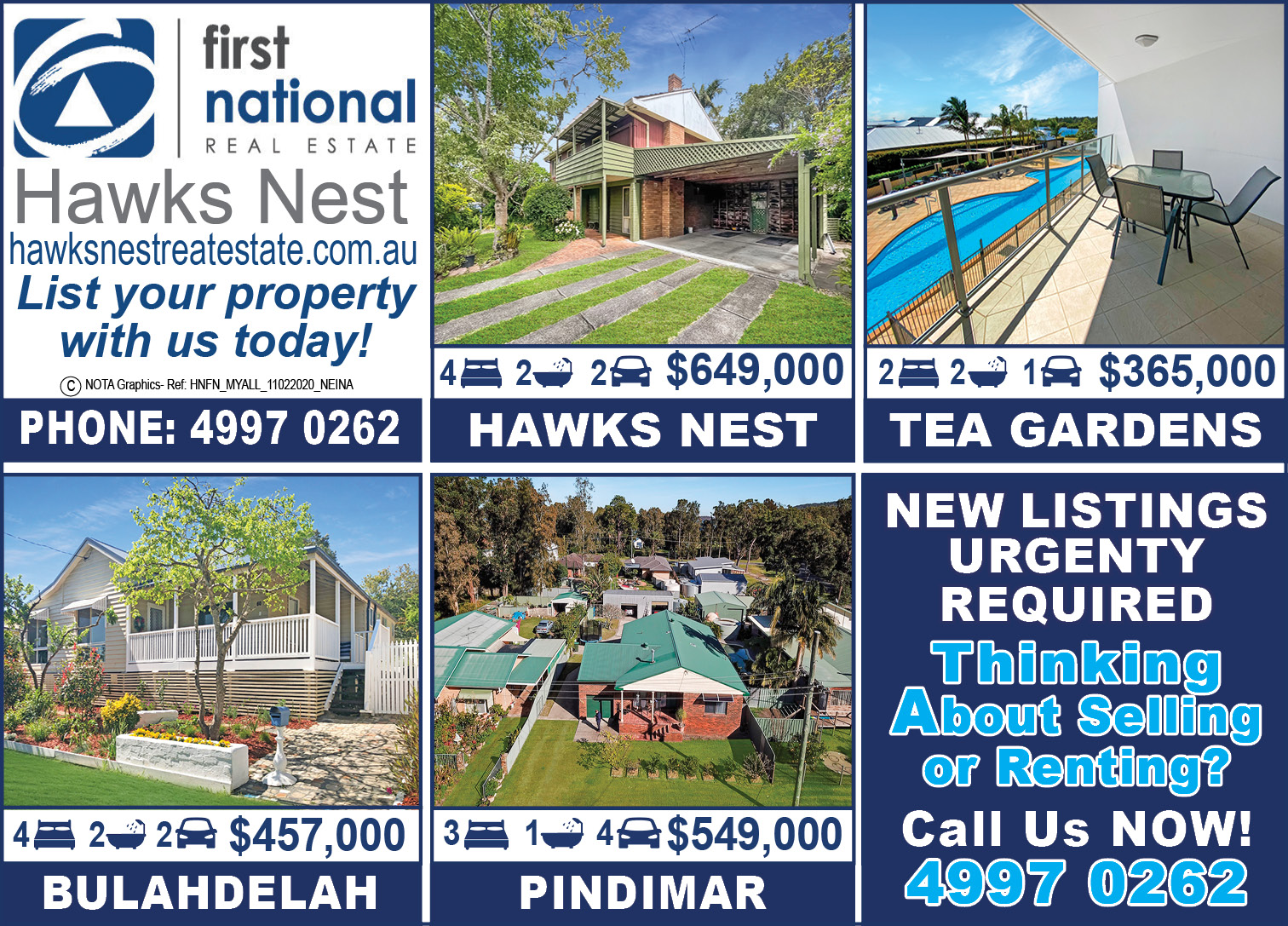 The Karuah Rowing and Aquatic Club Inc. was started in 2020.

John Baskett, an accredited rowing coach with years of experience, started the club in 2019.

John and his father coached for the Nepean Rowing Club for many years and were successful in coaching teams to the Olympics, World and Australian Titles.

John is passionate about rowing and hopes to attract people of all ages over the age of 12 to the sport in the Port Stephens area.

He has been instrumental in acquiring boats and gym equipment for training.

John Baskett told News Of The Area, “The Club will be making it easier for members from Nelson Bay, Salamander Bay, Soldiers Point, Tanilba Bay and Lemon Tree Passage areas to gain access.”

The club is looking at having members picked up by qualified water taxi from these areas to train at North Arm Cove and then returned to their wharf.

The club is based at Karuah which is an easy 15 minute drive from Medowie.

Training is held at North Arm Cove and even at Tea Gardens.

Rowing is an Olympic, Australian Championship and World Championship sport and is available for anyone over 12 years to 100 (and over if you are fit).

“It is only $30 per year for membership and this allows you the use of the equipment, which includes gym equipment, under qualified supervision.”

The Club had a setback earlier last year with the Corona Virus impacting on training sessions but is now up and running and looking for young and mature members to “give it go”.

John can coach to competition level and one Club member, Craig Butler, is set to compete at a regatta in February at the Endeavour Rowing Club regatta at Duckenfield.

Rowing is an individual or team sport where you and your friends can row together or alone.

You can row for fitness, competitiveness or just the thrill of being on the water and amongst nature.

In the past two months, the rowers at North Arm Cove have encountered two different species of turtles, dolphins, sea lions, (21) black swans and a white chested sea eagle.

The rowing club intends to maintain a good relationship with the Dept. of Fisheries and Maritime Services Dept. to help protect the native species and environment, so rowing can be enjoyed for many years to come in the Port Stephens area.

The Karuah Rowing and Aquatic Club had its first AGM recently with the election of six local people as committee members, volunteering their time to keep this sport available to the people of the Port Stephens area.

There were two awards handed out at the AGM, with the Clubman of the Year Award going to Victoria Prisk and the Inaugural Rower of the Year award to Craig Butler.