Newcastle City Council recently voted to obtain legal advice about joining one of the existing legal actions against the NSW Government over the forced mergers of Councils. Three of the four Newcastle Liberal Councillors then lodged a rescission motion, preventing the Council from gaining any legal advice to present to Councillors. Having lodged the rescission motion, no Liberal Councillors attended the first meeting called by Council’s Interim CEO to debate the item, and only one attended the second. In contrast, the Liberal members of Port Stephens Council have actively opposed their State Government colleagues on the issue of Council amalgamations. Ms Washington said, “Newcastle Liberal Councillors must stop backing Baird and start backing the community they were elected to represent.” 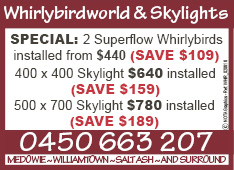 “The Newcastle Liberal Councillors know their rescission motion will fail. This is just a stalling technique to help out their mates in Sydney, putting politics before people.” “The real losers of these forced amalgamations are the residents and ratepayers of Port Stephens and Newcastle,” she said. “I urge the Liberal Councillors to reconsider their position and back the community instead of pandering to the Premier,” Ms Washington told News Of The Area.