KING Tide Brewery in Coffs Harbour has won a slew of awards at the Melbourne Royal Australian International Beer Awards.

This is the largest annual beer competition in the world, judging both draught and packaged beer. 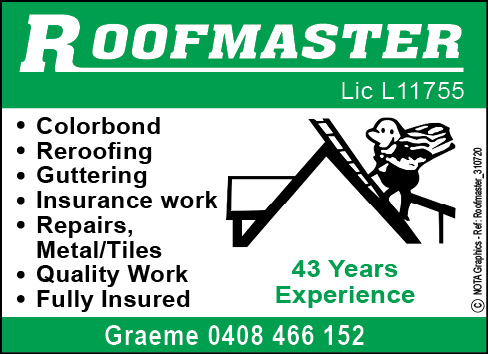 This year the Awards received 2634 entries from 355 breweries across the world, representing nineteen countries.

“We are proud of all of our beers, so we decided to enter all beers that we had in cans and any draught beers that we had sitting in the cool room in small 20 litre kegs,” Josh King, co-founder at King Tide Brewery, told News Of The Area.

“We entered eight beers into this year’s awards and we were so stoked that we won medals on all we entered.

“Some breweries will brew beers specifically for competitions; however I feel that entering the beers you have on hand at the time is a great way of getting a pulse check on how your beer quality is throughout the year.”

The Gold Winner was the COCO Hazy Pale Ale, described by the judges as “A great beer”.

It was the highest scoring Modern Pale Ale in the competition, and narrowly missed out on the trophy in its category.

Winning Silver was the Look at Me Now West Coast IPA.

“In honour of the beautiful headlands in our backyard, this West Coast IPA has bold American hop flavours and a light caramel malt profile.”

The Solidarity Pilsner won a Bronze.

“Brewed in honour of the solidarity revolution that happened in our co-founder Lucyna’s city of birth, Gdansk, Poland, this clean, strong pilsner brings a little extra malt and hop profile than your average pilsner – in true Polish style.”

In draft beers, Fallen Angel won Gold in the Tripel category, described as “a beautifully balanced Belgian ale, clocking in at 10 percent ABV.

“It exhibits rich aromas of pear, allspice and cloves with a smooth warming alcohol and honey malt profile.”

“Winning Silver, Flask of Zorro, an IPA in disguise, is a jet black beer with a roast and chocolate character mixed in with the wonderful hoppy profile you expect from an American IPA.”

Also winning Silver, the Hazed and Confused Hazy IPA is a taproom favourite, with big hits of stone fruit, mango and citrus from the excessive use of Australian and American hops.

Two Bronzes were awarded: theGordon Talus (sic) Strong Pale Ale – a single hop pale ale, using only Talus hops, brewed with the same strength and intensity that the legendary Queenslander brought to the field, showcasing Talus’ unique lychee and sage character; and Paddington ESB – a malty and sessionable English bitter, “Lovable, just like the furry bear form which it gets its name.

“We will get the medals onto our can artwork the next time we can the winning beers.

“We still have these cans available for sale through our website, in our taproom and at local bottle shops in the area.”

As for the tap beers, it is only Fallen Angel and Flask of Zorro that are still on tap.

“That is perhaps one of the exciting ways in which we operate our taproom – some of these beers are one-offs and once they are finished, that is it.”

We are always trying new things and experimenting with new styles.

King Tide Brewery has brewed about 45 unique beers since opening in November 2021, promising to continue to innovate.

“We will absolutely throw our hat in the ring for the next competition, as the constructive feedback you receive is important to help make you a better brewer,” said Josh.